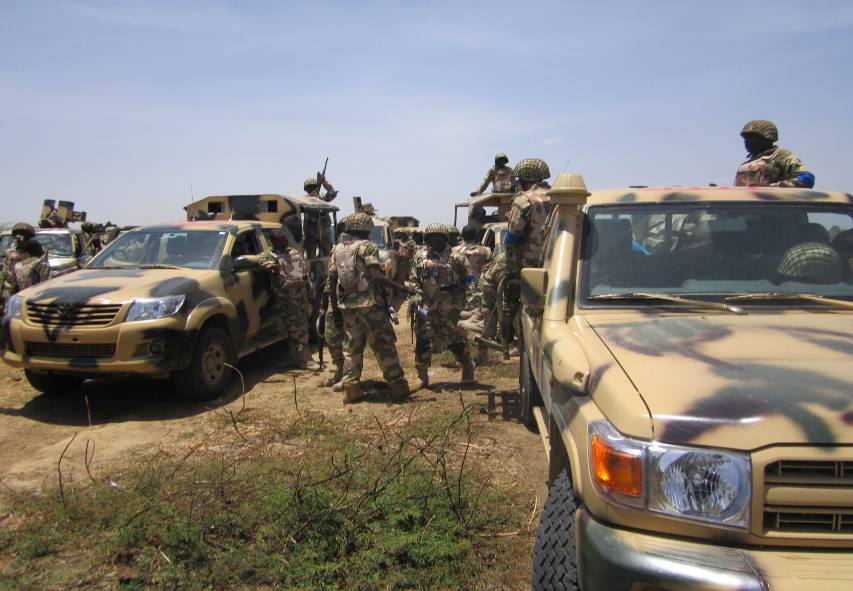 The troops of the ‘Operation Lafiya Dole’ of the Nigerian Army in their continued war against the Boko Haram insurgents on Wednesday engaged the terrorists in gun duel, killing four and arresting one in Yobe state.

“The fighting patrol team came into contact with Boko Haram terrorists elements around Gajire village during which there was a firefight that lasted for about 15 minutes.

“The gallant troops overpowered the terrorists and killed 4 of them and captured 1 alive. “The victorious troops also recovered 2 General Purpose Machine Guns (GMPG), 2 AK-47 Rifles and 144 rounds of 7.62mm (Special) ammunition from the terrorists.

“The troops have continued to patrol the general area in search of possible remnants of the Boko Haram terrorists that might be hibernating in the area.

“The ever vigilant troops of Operation LAFIYA DOLE have continued their routine operations maintaining vigilance to prevent further actions by the Boko Haram terrorists in their respective areas of operations.”