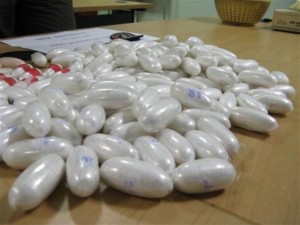 A Nigerian has been sentenced to seven years in prison after he was found guilty of drug trafficking. He trafficked 588 grams of cocaine into Malta from Belgium three years ago.

Eddy Favour Imeh was arrested back in August 2013, when he was found to have swallowed 46 capsules of cocaine before boarding his flight from Brussels.

He was charged with conspiring to traffic cocaine and being in possession of the drug for the purposes of trafficking.

Imeh had conspired with persons abroad, agreeing to act as a drug mule by carrying a large quantity of cocaine. The drugs were to be delivered to another individual in Malta upon arrival.

The court was told that the accused had been promised €36 for each capsule he swallowed, and had intended to swallow 100. However, he only managed to ingest 46.

Upon his arrival at Malta International Airport, authorities had searched the accused. The capsules, which are thought to have a street value approaching €37,000, were detected in the accused’s digestive system after an X-Ray was performed. 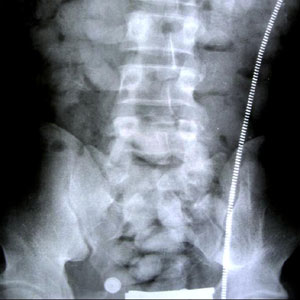 Before Judge Antonio Mizzi, the accused had pleaded guilty to the charges, admitting that the cocaine had been intended for sale.

Imeh was sentenced to seven years imprisonment and fined €5,000. The court ordered the accused to pay the fine within 15 days, warning that a failure to comply would mean the fine would be converted into a longer prison sentence.