Deolu
some families in Ka­duna have already been forced to eat leaves so as to survive because the rising cost of food stuff brought about by the current eco­nomic recession, could not allow them have the finan­cial resources to visit the markets. 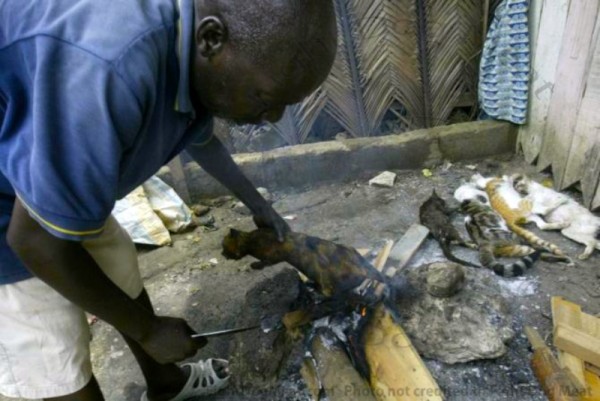 A youth leader, Malam Hassan Ahmed Rufa’i said that leaves such as “tafasa”, spin­ach, etc, had came to the rescue of these near-starv­ing families, while lizards and cats might become en­dangered specie because some children were already seen hunting them to pro­vide a cheap source of pro­tein for their families.
Lamenting the increas­ing excruciating econom­ic hardship, Rufa’i lashed at top political office holders, as well as the rich and af­fluent people in communi­ties around Kawo, Unguwan Dosa, Hayin Banki and Un­guwan Kanawa, saying they had the capability to assist the poor in their midst but were not living up the mass­es’ expectations.
“Some of them have gone on Hajj for the umpteenth time, while the money they spend making such regular hajj visits could have been used to buy food and feed several mouths. Hajj is in­cumbent upon a Muslim, once in a life time, if the person can afford it,” he em­phasised.
He added that, “rice and maize as well as other sta­ple food items have turned into precious commodities which only the rich and privileged could afford. Many of our people now feed on leaves, some can­not even cook the normal pate, they are seriously feel­ing the pang of an excruciating poverty. We pray the government should come to peoples rescue by estab­lishing free feeding centers.
“The other time, I saw some children chasing a big agama lizard. When I asked them what they were doing, they said they want to kill it because its roasted meat was sweet. They added that even cats are longer spared because it is also a delica­cy,” he said.
The youth leader chal­lenged people in authori­ty to explain how the food items donated to the state by Hajiya Aisha Buhari, were disbursed, alleging that there was little of no adequately publicity, if any, on how the items were dis­tributed.
“People here are suffer­ing; hunger is everywhere. If you go to the Masjid, you see people begging for mon­ey to buy food. Go to the hospitals, you see malnour­ished children everywhere needing medicare and the Doctors will say it’s either malaria or typhoid that is their ailment.
“Government should please come to our aid. It is capable of taking the people out of this predicament,” he insisted.
Source: BreakingTimes
Share
Facebook
Twitter
WhatsApp
Previous articleBuhari, Obama To Meet On Tuesday; Economic, Security Issues Top Agenda
Next article‘Dissolve The Marriage, My Husband Wants To Use Me For Rituals’
- Advertisement -Ad ==> Discover how a young Nigerian graduate now makes a consistent 40k per week doing a legitimate online business. You too can start yours now, click here!!!