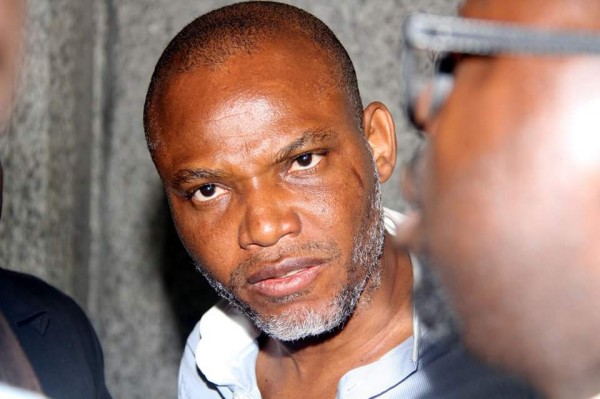 The Indigenous People of Biafra (IPOB) said its leader, Nnamdi Kanu, who is in detention at the Kuje Prison, Abuja, is presently ill.

The IPOB leader was remanded at the Kuje Prison following his trial for alleged treason. He has been in custody since October 2015 with moves to secure his release through the courts, frustrated by the federal government, which views his activities as a threat to national security.

The pro-secession group, in a press statement signed by its spokespersons; Emma Nmezu and Clifford Iroanya yesterday, described as most shocking, the arrest and detention of any member of Kanu’s family who dared to vist him in prison.

“We condemn the incessant harassment and security threats towards our leader, who has been in detention since Oct 14th, 2015 in Kuje prison Abuja and the harassment of the members, friends and relatives, who went to visit him in prison”, the statement said.

The statement also accused prison authorities of shooting poisonous gas into Kanu’s cell to suffocate him.

There was a prisoners’ unrest last month in the prison, which resulted in prison guards releasing canisters of tear gas in a bid to bring the situation under control.

However, IPOB claimed that the tear gas was deliberately targeted at its leader’s cell, knowing fully well his health condition.

“We have warned before and will continue to warn mankind that the world should pray nothing happens to our leader, because if his present illness gets worse the IPOB worldwide will not take it easy with the Nigerian government”, the group added.