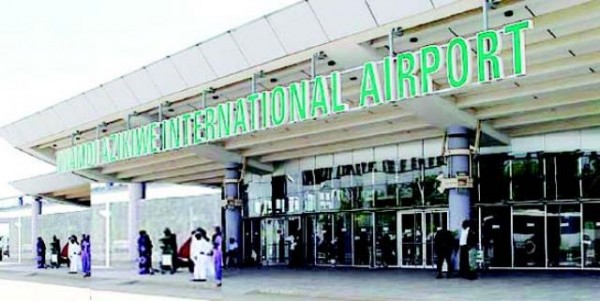 The Minister of State for Aviation, Capt. Hadi Sirika, yesterday said there was no going back on the federal government’s plan to concession the four major airports in the country.

Sirika made the remark while speaking at an interactive session with aviation correspondents in Lagos.

The government had indicated interest to concession the Lagos, Kano, Abuja and Port Harcourt International Airports to improve their safety and capacity.

Sirika noted that the protest by some aviation unions against the government’s plan was due to the misconception that the airports were going to be privatised and sold to private individuals.

According to him, the concessioning of the airports will ensure that they are properly managed, while the government will still retain their ownership. (NAN)

The minister said that the current condition of airports in the country had made it extremely difficult for Nigeria to attract the desired number of passengers to transform the country into an aviation hub.

“Nigeria has potential to do between 70 to 100 million passengers annually, within the next five years, if the right things are put in place.

“The 15 million annual passengers which is the country’s current capacity can be improved upon if private investors are allowed to participate in the sector.

“Government does not have money to put into these businesses and we don’t want to sell these facilities either; so that is why we are concessioning them because it is the only way to go”, he said.

The minister noted that aviation was a money spinner and could help the government to generate revenue which would be used to revitalize the Nigerian economy.

To this end, he said the government was committed to the establishment of a national carrier, a Repair, Maintenance and Overhaul (MRO) facility and an aviation leasing company which would all be privately funded.

The minister noted that their absence in the country had constituted a huge challenge to the growth of the aviation sector.

Earlier in his remarks, the Chairman, League of Aviation and Airports Correspondents (LAAC), Mr. Chuks Iwelunmo, pledged that the group would continue to partner with the ministry to take aviation to greater heights. (NAN)