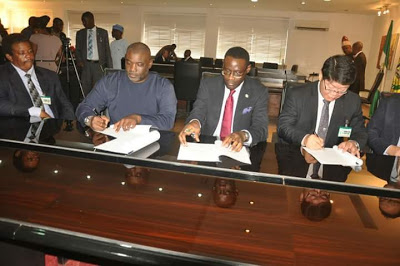 The Ogun State Government, on Wednesday, signed an agreement with a consortium of four private companies to build the second largest refinery in sub-Saharan Africa and the largest petroleum product depot in Nigeria.

The Chairman, Petrolex Group, Mr. Segun Adebutu who led other partners in the consortium to the office of the Ogun State Governor for the agreement signing ceremony, said the two projects, when completed would generate not less than 2000 employment opportunities for the citizens and greatly increase the socio-economic condition of the state.

He said the refinery is situated in the Odogbolu Local Government Area of the state. 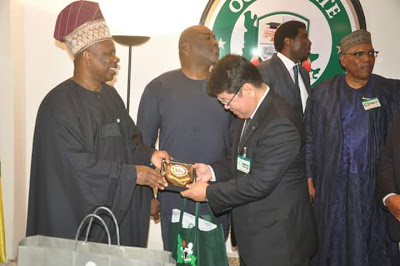 Speaking during the ceremony, Ogun State Governor, Senator Ibikunle Amosun, assured the consortium of his administration’s commitment to fully support the project.

“We have the political will and we would support the project fully. You can be rest assured that I will get involved, when necessary, in order to ensure that the project is a success,” the governor said.

Governor Amosun added that, “any government that will get it right indeed must be private sector driven.”

In this respect, Governor Amosun said Ogun State does not just want any investment but that which will truly support the dreams, goals and economic drive of the present administration in the state.

The Governor disclosed that his administration will always support people of like minds who will in turn bring positive economic development to the state.

The firms involved in the consortium include Petrolex Oil and Gas, Hyundai, Ajayi Legal Partner and Wema Bank PLC. 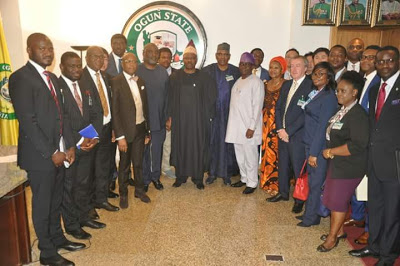