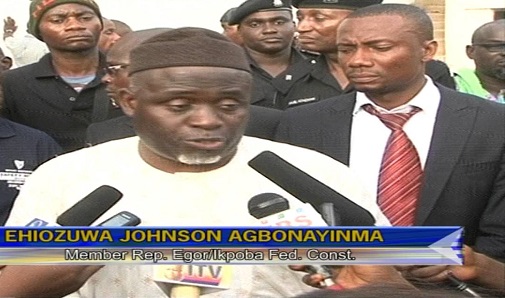 A chieftain of the Peoples Democratic Party, PDP, and member representing Egor/Ikpoba-Okha federal constituency of Edo State in the House of Representatives, Ehiozuwa Agbonayinma, has commended the Independent National Electoral Commission, INEC, for postponing the September 10 governorship election in the state.

According to him, the electoral body did the right thing by postponing the election, stressing that security is not a thing to be toyed with.

Hon. Agbonayinma was reacting to criticisms that trailed the INEC’s decision to postpone the Edo guber election to September 28, based on advice from the Police and State Security Services (SSS).

The advice by the security agencies to INEC to postpone the polls was premised on threats of terrorists’ activities in Edo and other states of the federation during the election and over the Sallah period.

The lawmaker said it is foolhardy for anyone to be asking for the election to go on as scheduled when security agencies had advised against it.

His position differed from that of his party, the PDP, which described the postponement as a coup against the people of Edo State.

Earlier on Thursday, the Reps member had expressed misgiving over the decision of the electoral umpire to go ahead with the governorship election in spite of advice by the security agencies to postpone the exercise.

“If INEC is now charge of security, we leave everything to them. If INEC has refused to do the needful because they said it is too expensive to demobilise than to mobilise, INEC should be responsible for its actions for disobeying security advice. Since INEC has decided to play the role electoral umpire and law enforcement agents. The end shall tell”, he said on Thursday.

Agbonayinma, however, prayed for a peaceful election, saying “We do not want a single soul lost. Whether the life of an INEC staff, media or citizen of Edo State, no life should be lost”.

“I am praying to God to help the state hold a peaceful gubernatorial election. I am also appealing to President Buhari not to abandon us at this critical time”, he stated.