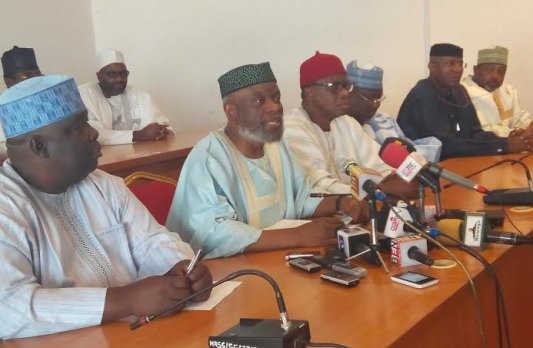 Senators elected on the platform of the All Progressives Congress, APC, have been warned against allowing their counterparts in the Peoples Democratic Party, PDP, to determine who becomes what, as the Presidency prepares to release names of chairmen and members of some federal government agencies.

The warning was given yesterday by leader of the APC Caucus in Abia State, Chief Sam Nkire.

The APC chieftain also advised the senators not to be misled into believing that the current recession in the country was as a result of President Muhammadu Buhari’s “bad economic policies”.

Chief Nkire, who gave the advice in a statement in Aba on Sunday, said the whole world knew that “PDP’s reckless spending, coupled with corruption during its sixteen years in power, brought Nigeria to where it is today”.

He added that President Buhari was just an undertaker who, more than anything else, needed support and time to get the country out of the woods.

Nkire also appealed to his party members in the Senate, to ensure that all the president nominees for the board of the Niger Delta Development Commission (NDDC), are confirmed when they appear for screening.