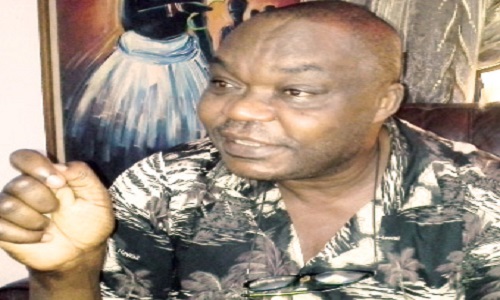 The revered stool of the Oba of Benin has been dragged into the politics of the rescheduled governorship election of Edo State following claims by the state government that the Peoples Democratic Party, PDP, has recruited some “fake palace chiefs”.

The Edo government said the fake palace chiefs recruited by the opposition PDP were going about in the villages to misinform the people that the palace of the Edaiken N’Uselu, Crown Prince Ehenede Erediauwa, has directed that they should not vote for the All Progressives Congress, APC, in the September 28 governorship election in the state.

The special adviser, who described the step as part of the desperate moves of the PDP governorship candidate, Pastor Osagie Ize-Iyamu, disclosed that APC supporters were on the trail of one of the persons who dressed in traditional Benin robes.

“This incident happened in Oghada, a local village in Uhumwonde, which is my local government. But we have directed our people that such people should be beaten silly before we hand them over to the police and that tells you that Ize-Iyamu is just a coward. We have reported the incident to security agents because those people are on the run now”, Idahosa said.

He continued: “We have also reported the matter to the palace and the palace was shocked. We discovered their latest move this morning and this is one of the tricks they intend to use and that is why they are boasting. The fake chiefs are fortunate to have escaped alive. They came in Sports Utility Vehicles (SUVs) and they were moving from village to village.

“They told the people that the palace sent them to inform our people that they should not vote for APC but PDP. We know they were not Benin chiefs, but they were dressed as Benin chiefs. We will surely get them. It was the same desperation that drove them to import militants from Delta and Rivers States.

“As we speak, 13 of the militants are in prison, what they did in Rivers, Delta states, they cannot do it here. I feel sorry for some of our colleagues in urban areas; if you enter Uhumwonde, we all know ourselves, so it is not possible in the villages. Okowa and Wike cannot even pay salaries in their states, yet they are spending money. We are peaceful people in Edo; we have never had bloody election because the only reason we are smiling is that people who are pioneer members of PDP, like Iduoriyekemwen, they refused to give him the ticket.

“They decided to give it to Ize-Iyamu who is doing everything to cause crisis and boasting everywhere, but we shall see. Ize-Iyamu, with all his tricks and boasts, will be beaten like a baby”.