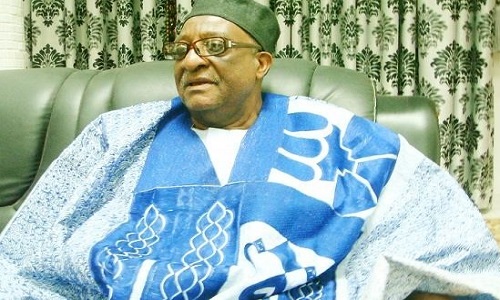 Chairman of the Peoples Democratic Party’s Board of Trustees, Senator Walid Jibrin, on Thursday, expressed confidence that postponement of the Edo State governorship election would not affect the party’s chances at the polls.

He stated this while speaking with newsmen in his home in Nasarawa, Nasarawa state.

The governorship poll, earlier slated to hold September 10, was postponed by the Independent National Electoral Commission (INEC) to September 28 on the advice of security agencies over alleged security threat.

Mr. Jibrin said that PDP would win the election on the rescheduled date, and urged the party’s supporters and electorate not to be deterred by the postponement.

He also urged them to remain loyal and sustain their confidence in the party.

“Whatever led to the postponement of the election cannot stop the rainy days; what God has planned has already been planned and no man can change the outcome.

“With what we have seen on ground and by all signs we have seen, whether the Edo state governorship election has been postponed 10 times or 20 times, PDP will still win the election”, he asserted.

The BoT chair insisted that PDP was going to win the polls, saying “there is no doubt about it”.

“So, we have no quarrel with anybody shifting the election; it is good for us and we are still on ground because what God has planned has been planned.

“I want to call on our party supporters and other electorate not to be deterred by the postponement but to remain united and vote PDP in order to enjoy the much-needed dividend of democracy”, he added.

On the leadership crisis rocking the party, Jibrin said it was being resolved amicably without fighting and quarrelling so as to make the party stronger.

“The BoT and other stakeholders of the party are working tirelessly to bring back and unite all the aggrieved members so as to make the party stronger as well as to enable it win all positions in future elections”, he stated.

He also assured the members that the party would provide a level-playing ground to those aspiring for positions to realise their ambitions.

The BoT chairman urged Nigerians, especially youths, to be law-abiding, respect constituted authority and live in peace, tolerating one another irrespective of ethnic, religion and political affiliations.