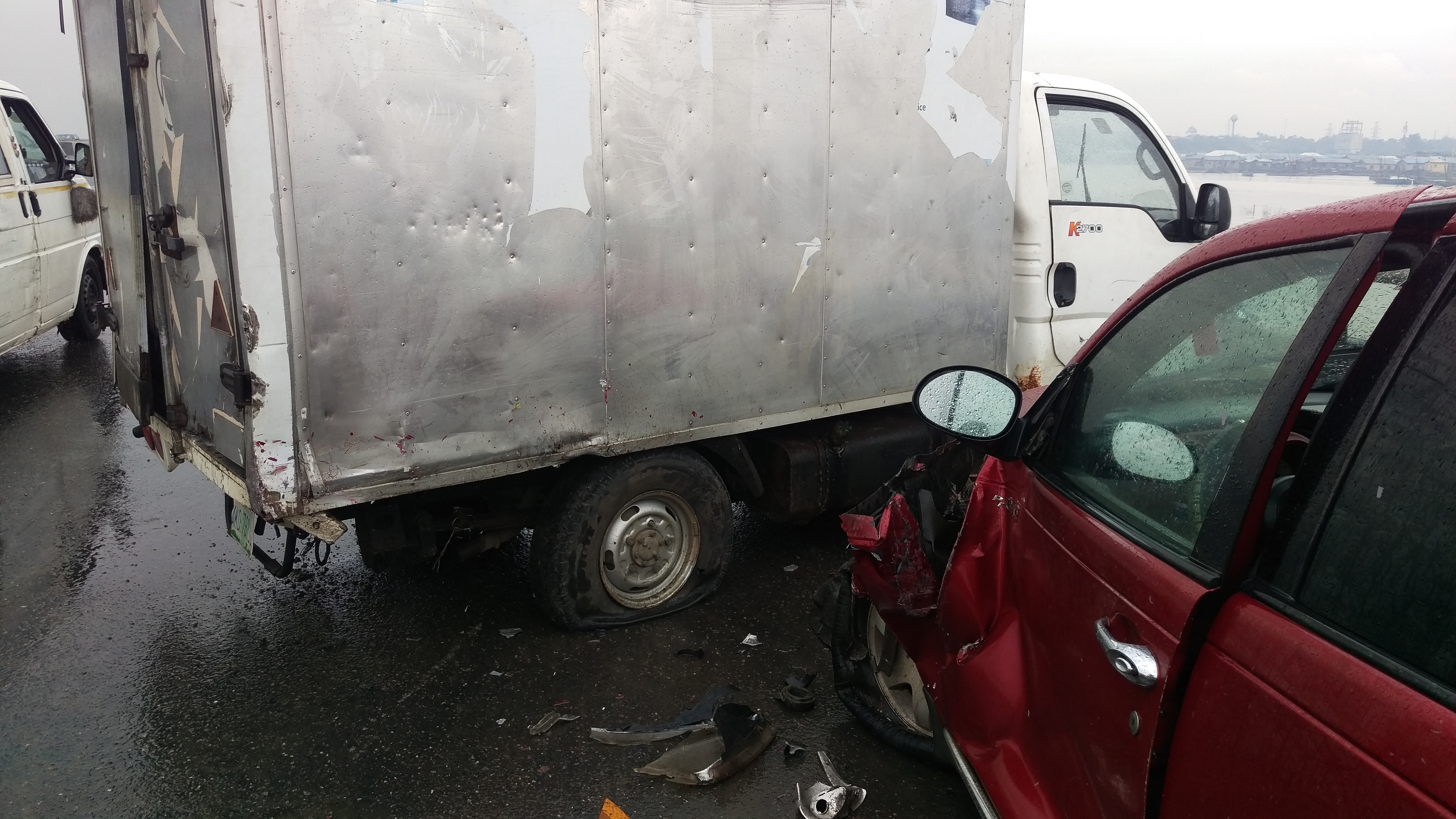 A multiple car collision occurred on the popular third-mainland bridge in Lagos. The accident involving a mini-truck and a red salon car occurred in the rush hour on Monday morning.

The driver of the mini-truck lost control of his vehicle when his rear tire busted and ran into the oncoming salon car on the other lane before it was stopped by the bridge railings.

No casualty was recorded but one of the occupants of the red car sustained minor injury due to the impact of the collision. 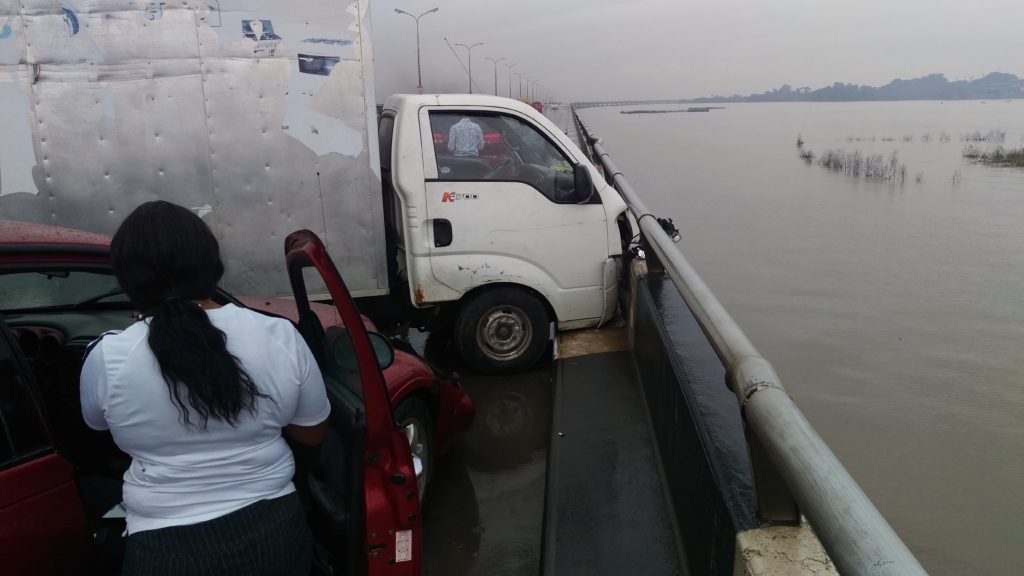 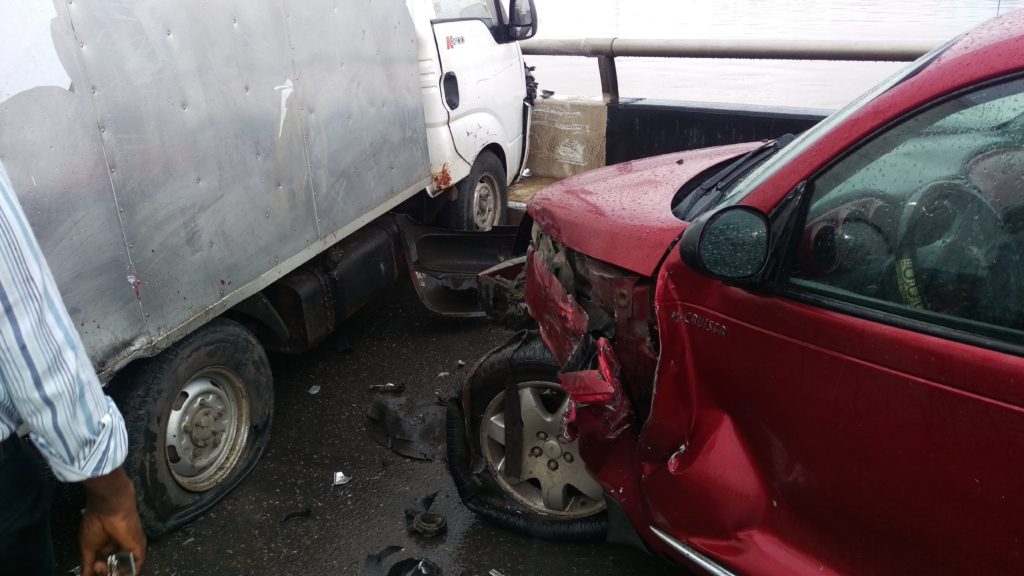 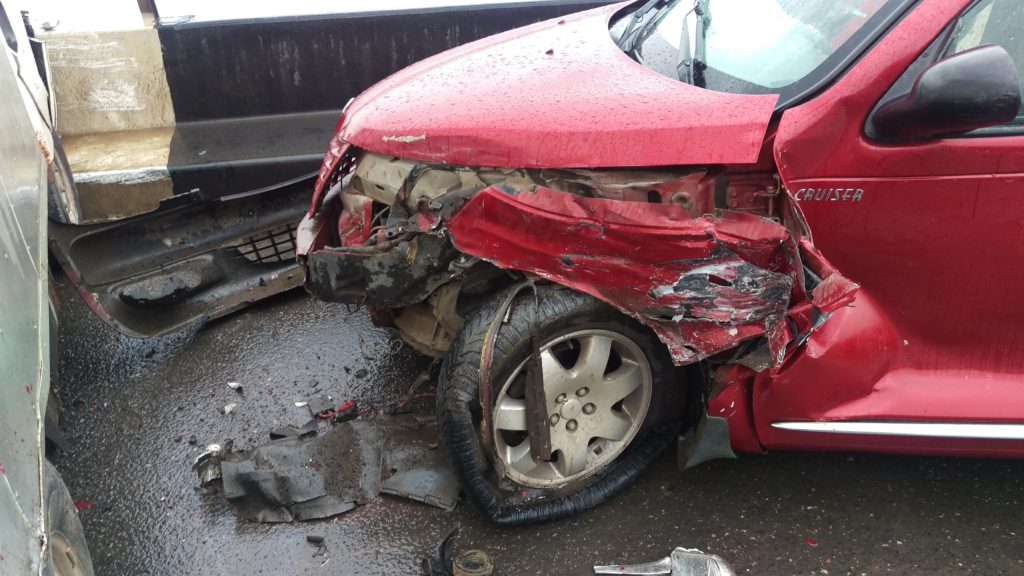