International humanitarian-aid non-governmental organisation Doctors Without Borders or Medecins Sans Frontieres (MSF) have been active in the conflict-torn Borno state.

Borno is the state most affected by the violent activities of terrorist group Boko Haram.

The violence exhibited by the terror group has led to a loss of thousands of lives and the displacement of even more.

In July, the United Nations Children’s Fund (UNICEF) raised an alarm of severe malnutrition existing in the camps set-up for Internally Displaced Persons (IDPs). Many of the children were said to be at risk of starvation. To the shame of the country, there were even allegations of relief materials meant for the IDPs being diverted. The Borno state government then had to proceeded with investigation on the allegations.

MSF meanwhile is running nutrition programmes to tackle the case of malnutrition, and here are photos they shared on their website of them at work at Beni Shiekh, in Kaga local government area, Borno: 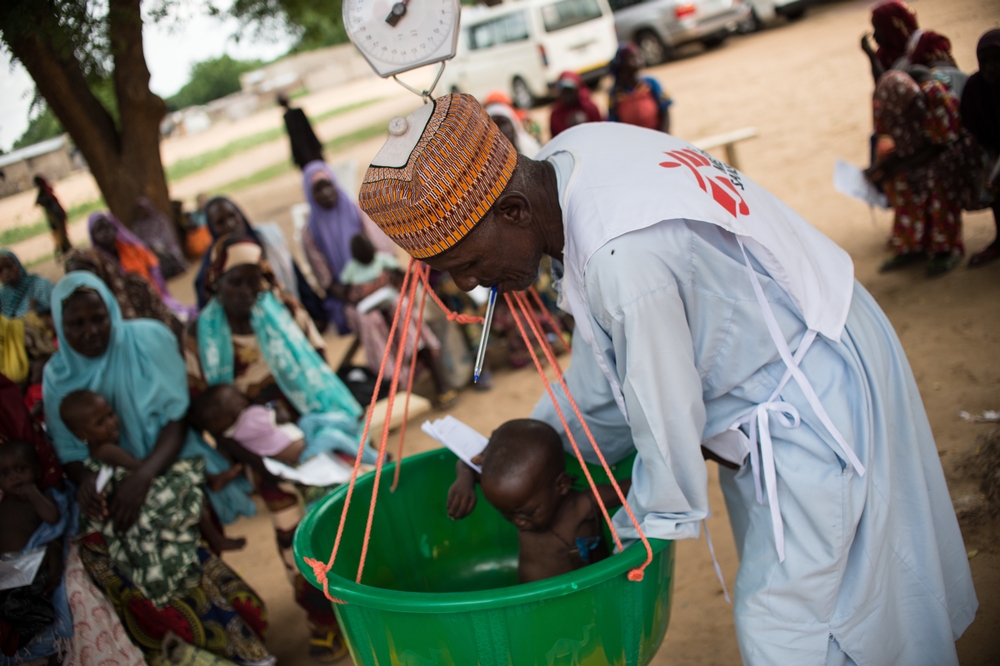