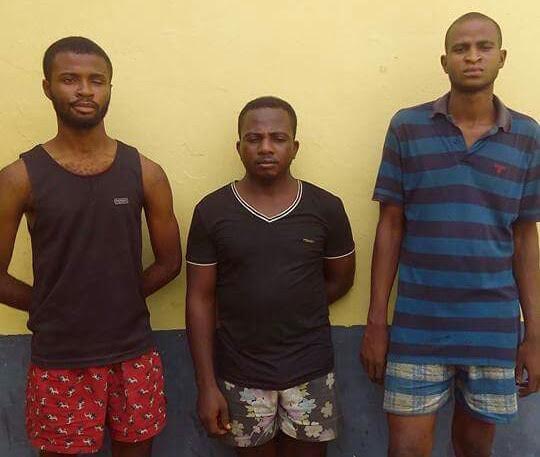 The Police in Benue State said it has apprehended three suspected kidnappers that has been terrorizing the residents of Ohimini Local Government Area of the state.

The suspects identified as Kelvin Ameh, Abdullahi Yahaya aka Oscar and Abubakar Hussain were arrested by operatives of the State Special Anti-robbery Squad, SARS, following a tip- off.

Items recovered from the suspects include: one automatic pump action no. 156254, eleven (11) cartridges, one locally fabricated Berretta pistol with twenty-eight (28) rounds of live ammunition, one navy blue Golf car with reg no KOGI, LKJ 44 OCV, criminal charms and a cash sum of thirty-six thousand naira (₦36,000).