The Principal of Uwangue Basic Secondary School in Warri South Local Government Area of Delta State, Mr. Urowayinor O. S. on Thursday accused a teacher in the institution, simply identified as Lucky, of allegedly stealing a missing generator belonging to the school.
Urowayinor disclosed this much during a hot argument with the teacher, who he cautioned to replace the generator or face the consequences, threatening to report the matter to higher authorities. 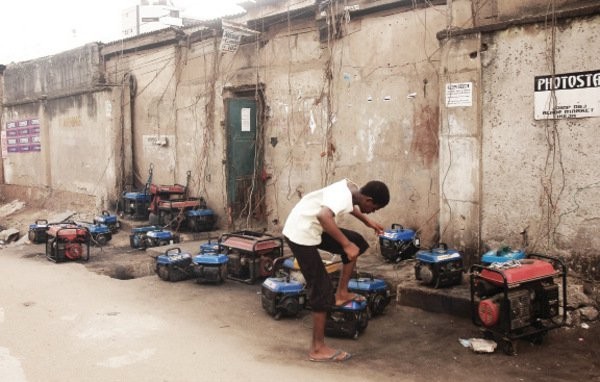 In a swift reaction, Mr. Lucky denied the allegations, saying, “I don’t even know a generator set is inside the toilet and I don’t go there at all to ease myself. The principal is accusing me falsely and I don’t like it.”
The teacher also vowed to swear in line with Itsekiri oracles to prove his innocence if that will save his name from being dragged into the mud.

Mr. Lucky, who many other teachers described as a Christian, expressed bitterness over the matter, noting that he has put in a number of years in the teaching profession and would not like to be disgraced by anyone, not even the principal.

In another development, the body of a fourteen year old boy, simply identified as Kevwe, has been found in an abandoned apartment at Odjiugo Street in Okumagba Layout, Warri. He reportedly died yesterday due to alleged maltreatment from his father’s wife.

DAILY POST gathered that the fourteen year old boy was allegedly taken from his biological mother abroad to Nigeria by his father, Ochuko who came to Nigeria to pick another woman as wife.
It was learnt that the fourteen year old boy endured hardship in the hands of his father’s wife, who was said to continually deprive him of food, shelter, clothing and education as he sleeps in an abandoned apartment in their compound at Odjiugo Street.

Our correspondent gathered that the lifeless body of the fourteen year old was discovered floating in a dirty water inside the abandoned apartment by neighbours, who also raised the alarm before the corpse was removed by his father for burial.

As at the time of filing this report, the Delta State Police Public Relations Officer, SP Celestina Kalu could not be reached as calls put across to her mobile phone line failed to connect.