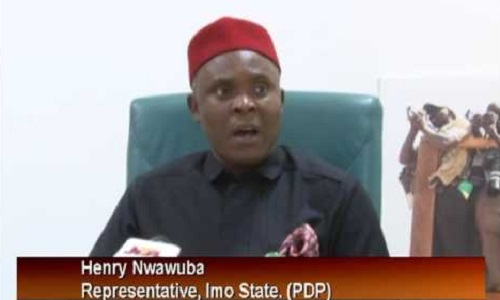 A member of the House of Representatives, representing Mbaitolu/Ikeduru Federal Constituency of Imo, Mr. Henry Nwawuba said the rumour of his constituents plan to recall him was baseless.

Nwawuba who stated this while addressing newsmen on Monday in Owerri, said he has not been officially communicated on the issue.

According to him, those behind the rumour were aggrieved PDP members who had problems with him during the state congress of the party.

The News Agency of Nigeria (NAN) recalled that a group under the auspices of Mbaike Movement, had moved a vote of no confidence on Nwawuba during a meeting last week.

The group claimed that Nwawuba had not carried members of his constituents along since he was elected, and vowed to begin recall procedures against him.

The group had also accused Nwawuba of poor representation and high handedness.

Nwawuba, however, dismissed the threat, saying that the group was only expressing their anger on the outcome of the party’s congress.

According to him, he is representing his constituents well and is carrying everyone along.

“My constituents have never complained of misrepresentation or high handedness.

“This is the fallout of the party congress and I want people to disregard the rumor”, he said.