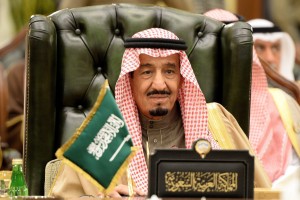 Saudi Arabia’s King Salman on Monday, September 26, slashed salaries of cabinet ministers’ by 20 percent and reduced other state officials’ benefits as the Kingdom continues to battle with lower oil revenues.

According to the royal decree which announced the measures, all 160 members of the Shura Council, will see a 15 percent drop in their annual allowances for housing, furniture and cars.

Saudi Arabia has been struggling with a record deficit since the collapse of global oil prices in 2014, which has led to unprecedented subsidy cuts and curbs on government spending.

The decrees ordered the government to “stop providing cars for senior state officials”. Telephone expenditure will also be curbed.