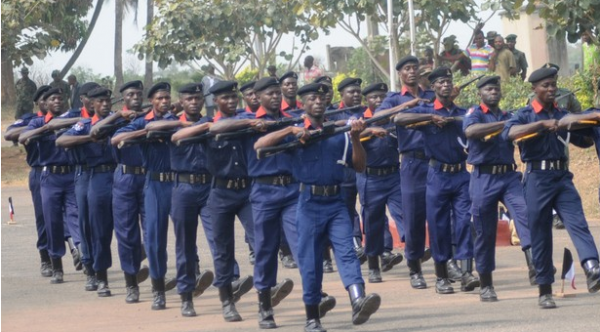 The Nigeria Security and Civil Defence Corps NSCDC has announced nationwide deployment of 30, 000 officers and men of the corps ahead of Monday’s Edi-el-Kabir celebrations.

Commandant General of the NSCDC, Abdullahi Gana Muhammadu disclosed this in a special Sallah message issued yesterday in Abuja and signed by spokesman of the Corps, ACC Emmanuel Okeh.

“The CG directed the Zonal commanders, state commandants as well as operational officers at the FCT and Headquarters to ensure effective deployment of personnel in strategic places such as, the praying grounds, market places, recreational centres, parks, shopping complexes/ plazas, car parks and other black spots that are prone to attack, entry and exit points and to beef up security around critical infrastructures and national assets, against vandalism.

“He has also authorised the use of sniffer dogs and special forces in addition to the regular personnel deployed, saying there is no hiding place for vandals, criminals and miscreants who take advantage of festive periods to perpetuate their nefarious activities. “He assured Nigerians of adequate protection and safety during this period as the corps are in the vanguard of defending the defenceless,’’ he noted.

Furthermore, he tasked the personnel across the commands to work in synergy with personnel of sister-agencies in other to achieve the desired goal of effective policing of the society and guaranteeing hitch free celebration.