With a recent United Nations report stating that Nigeria is one of the worlds poorest countries and also the President, Muhammadu Buhari stating Nigeria as poor, one wonders if Nigeria ranks among the ten poorest countries in the world.

Typically, the wealth of a country is measured by its Gross Domestic Product (GDP) per capita, which is the purchasing power of all goods and services produced in a country, divided by its population. In essence, this defines the purchasing power of a single person within the country. To begin this list is Guinea, with a GDP per capita of $523.10. Guinea hasn’t seen a period of economic stability since the 1990’s, when their mining and agricultural industries did them well. Since then however, Guinea has fallen victim to sever sociopolitical crises, which rapidly decayed the state of their economy. Much of their economy is still largely based on agriculture, which is difficult because farmers only have access to outdated information and obsolete technology, as investors tend to shy away from the nation entirely.[/tie_slide]

Interestingly enough, Ethiopia has historically been a relatively wealthy nation. Although today, and throughout recent years, this really hasn’t been the case. To its credit, Ethiopia theoretically has the right practices in place. They’ve been undergoing a large political reform, one of the benefits of which is the supposed facilitation of economic growth and stability. In fact, since 2007, Ethiopia has places itself above many sub-Saharan African nations in terms of its economic performance. Although regardless of this, it remains one of the poorest nations in the world, only holding a GDP per capita of $505.00. This is a result of Ethiopia’s large population, and dependence on a poorly funded, underdeveloped, and vulnerable agricultural industry as a staple in their economy.[/tie_slide]
[tie_slide]8 – The Gambia (GDP per capita of $488.60)

Next on the list is The Gambia, both one of the African continent’s smallest and poorest nations. With an area of roughly 11,000 square kilometres, and a population of roughly 1.8 million people, The Gambia struggles immensely with trying to make economic leaps forward. Although there are multiple factors to consider, what is likely their biggest hindrance is the lack of diversity within their economic system. The Gambia relies primarily, and almost solely, on farming and fishing to drive their economy. Both of these are incredibly vulnerable to poor weather conditions. It also doesn’t help that the soil fertility of the farming land is typically low, further decreasing both the quantity and quality of seasonal yields. These alone causes several ripple effects towards their economy and the subsequent living conditions that the people of the nation have to endure. With a GDP per capita of $488.60, and over half of the population living well under the poverty line, the people of The Gambia are subject to such a poor standard of living that the nation falls into a “hunger season” when rainfall is at its peak.[/tie_slide]

Directly juxtaposing the previous entry in the list, the Democratic Republic of the Congo is Africa’s second largest country, holding a staggering population of roughly 77 million people. A large population isn’t always a good thing however, as (especially with poorer nations) this just means there is less money to go around. What is even more intriguing about this case, however, is the fact that the Democratic Republic of the Congo is actually very rich in valuable natural resources. Similarly, the land expands over 2.35 million square kilometres, much of which is forests, although it also holds a great expanse of arable lands and waters. In spite of all of these things, the Democratic Republic of the Congo has been subject to a very unstable, corrupt political system that has been holding back the potential of the nation’s wealth drastically. As a result of this, with a GDP per capita of $484.20, a large portion of the nation’s people remain unemployed, and their lack of money thus results in their living within greatly inadequate living conditions.[/tie_slide]

Although this remains a list of the world’s poorest nations, some of the nations on this list are actually making progress in securing economic stability for themselves. Madagascar, unfortunately, is not one of these countries. Over the last 20 years, the standard of living within this island country has declined significantly. With a population of more than 20 million people, Madagascar has a GDP per capita of $463.00, with about 70 percent of the nation’s people living under the poverty line. Once again reliant primarily on agriculture, the vulnerability of the industry, lack of potent farming land, and the growing population only make their economic situation worse and worse over time.[/tie_slide] 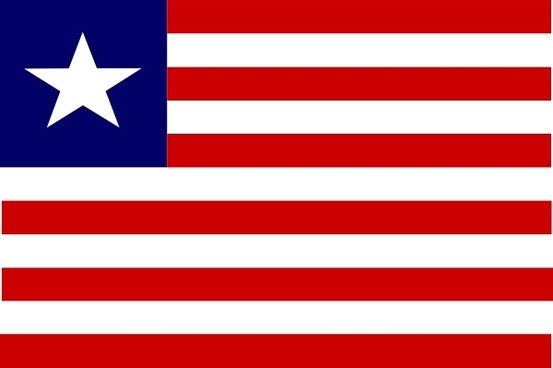 The Second Liberian Civil war was a conflict within Liberia that lasted from 1999 all the way through 2003. A quick look at history will show that wars generally don’t leave involved nations economically intact as a result. Liberia is no exception to this. Having just been subject to a 14 year-long political conflict that not only ravaged lands, but also needed to make use of some of Liberia’s already finite resources, the nation was left economically crumbled by the civil war. It is also of no benefit that Liberia is, once again, primarily reliant on agriculture to drive its economy. The GDP per capita of the war-torn nation stands at $454.30, and in 2010, it was estimated that more than 80 percent of the nation’s people were living less with less than $1.25 per day. With low yields due to old farming technologies, as well as having overall poor infrastructure, Liberia only marks the halfway point down this list of the poorest countries in the world.[/tie_slide]

Aside from being one of the world’s poorest, Niger stands as one of the world’s most underdeveloped nations across several categories. Although it continues to make developments in reducing infant mortality, and enhancing education, the development category of poverty has unfortunately remained rather stagnant, keeping the nation’s GDP per capita at $415.40. Niger’s economy is driven by two main forces: the extraction of valuable natural resources available within the nation (including gold, uranium, and even oil), and small-scale agriculture. Unfortunately, both of these economic sources can easily be devastated by random shifts in climate and weather, and thus Niger has struggled in developing themselves economically.[/tie_slide]

Like Liberia, the Central African Republic has in the past been victim to war and significant political instability. The landlocked central African nation also supports very, very poor infrastructure, thus limiting the efficiency of the distribution of the nation’s resources. Furthermore, this nation also shares similarities with most other African nations in that its economy is mostly directed by agriculture, although an estimated 45 percent of the Central African Republic’s export revenues are from diamonds. However, because of the poor infrastructure and governance that the nation has to deal with, only about 4 percent of the actual arable land that the nation holds is actually used. As a result, the majority of the working population that works within the industry suffer immensely, holding the nation to a GDP per capita of $333.20.[/tie_slide]

Having suffered from recurring violence and political disputes, it is no surprise that Burundi ranks as the second poorest nation in the world, even though the country is working tirelessly to rebuild itself. Aside from the estimated 300,000 civilian casualties resulting in a 67 percent poverty rate, the violent political rivalries were also detrimental to Burundi’s agricultural development. Even now, the nation ravaged by war holds very little arable land, and any land that may be used for small-scale farming is still fragile due to the vulnerability to shifting climates and weather conditions. With the population growing rapidly, food prices rising, and a GDP per capita of $267.10, Burundi places as the second poorest country in the world.[/tie_slide]

Holding a population of 16 million while also being one of the smallest African nation doesn’t set you up for accumulation or distribution of wealth. Arguable the most underdeveloped nation in the world, Malawi suffers greatly in essentially all categories available. Access to education, general standard of healthcare, infrastructure, and quality of living conditions are all limited or substandard. Because the nation is unable to develop in general, they’re for all intents and purposes stuck with trying to drive their economy using only the most primitive levels of agriculture. With common weather variations, as well as injuries and fatalities facilitated by poor health care, Malawi’s world lowest GDP per capita of $226.50 doesn’t seem like it will be rising too significantly any time soon.[/tie_slide]