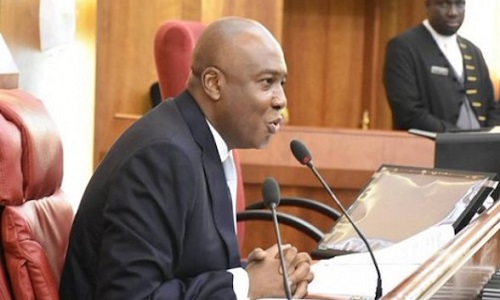 The Senate President, Dr. Bukola Saraki, has asked the executive to think about selling government assets in order to raise capital and shore up reserves.

Dr Saraki gave this advice on Tuesday during the senate plenary session. as the Senate resumed plenary after a seven weeks’ recess.

Addressing lawmakers after resuming from seven-week recess, the Senate President said that the sale of assets would calm investors, discourage currency speculation and stabilize the economy.

He recommended selling part of the government’s stake in NLNG Holdings, reducing share in upstream oil joint venture operations and sale of stake in financial institutions.

He also advised privatizing and concessioning of major and regional airports and refineries as part of other several recommendations he made to address the country’s economic challenges.

Meanwhile, the Senate has set a two-day engagement to deliberate and debate on the recommendations and submit it to the appropriate quarters.