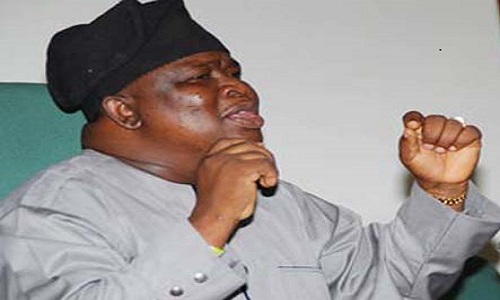 The senator representing Lagos-West Senatorial District on the platform of the All Progressives Congress, APC, Senator Solomon Adeola, has called for urgent measures to tackle the current economic recession in the country.

Adeola, who is the Vice-Chairman, Senate Committee on Communications, also expressed concerns that government at all levels were not treating the issue of recession with the urgency it required “to ensure that its duration is not unduly prolonged with untold suffering and even deaths for the majority of our people”.

The senator, who made this known in a statement by his Media Adviser, Mr. Kayode Odunaro, on Tuesday, however, pointed out that the recession was not peculiar to Nigeria.

He said, “The difference here is that not much is being done to assure the people that government is on top of the situation in terms of marshaling out implementable policies to address the plight of groups that are hardest hit by the continuing recession.

“I must say that one has yet to see any urgency in providing palliatives for the poor and collapsing industries and other corporate bodies leading to serious job losses and a growing sense of despair among the general population. Experience in the past shows that one of the most reliable ways to tackle recession is to spend money on the productive sector as well as welfarist spending to put money in the pockets of the poor”.