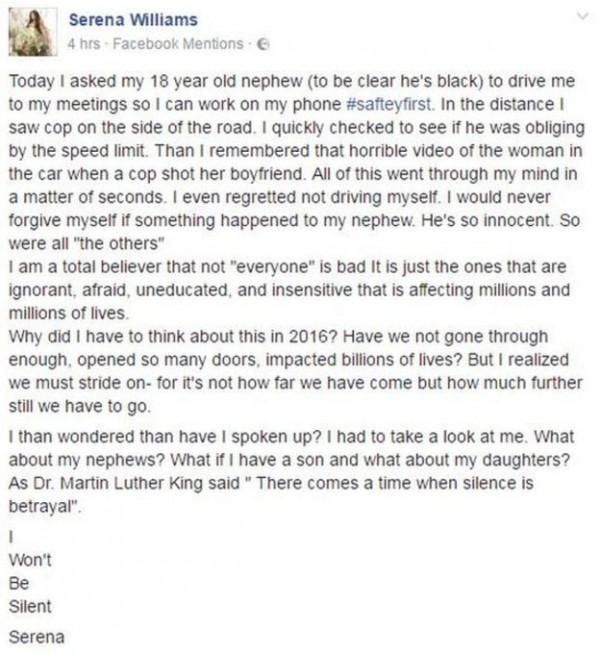 Amid a wave of anti-police brutality protests in the US by athletes triggered by Colin Kaepernick, tennis player and Grand Slam Champion Serena Williams took to her Facebook page to say she won’t be silent the killing of black men by police officers.

She posted on Facebook on Tuesday say she was worried for members her family and she also quoted Martin Luther King Jr. saying “there comes a time when silence is betrayal” also adding “I won’t be silent”.

217 black Americans have been shot and killed by Police in America in 2016 alone and many have been forced to confront what is now a growing problem.