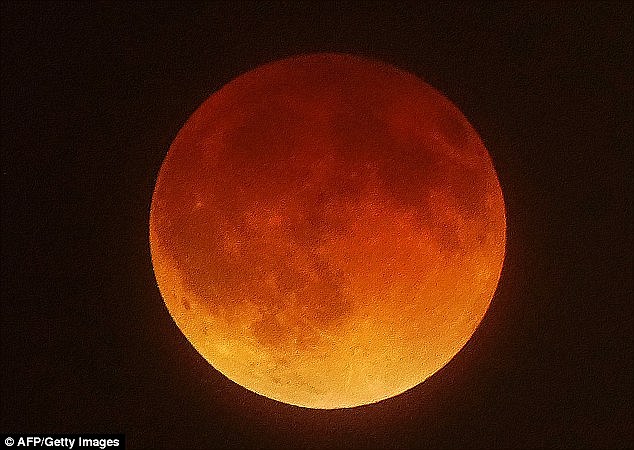 Prof. Babatunde Rabiu, Director, Centre for Atmospheric Research, Anyigba, Kogi, said various cities across the country would experience different degrees of obscurity of the Sun during annular eclipse on Thursday.

Rabiu made this known on Wednesday during an interview with the News Agency of Nigeria (NAN) in Abuja.

He said a large annular eclipse would cover 97 per cent of the Sun; it will last 3 minutes and 6 seconds at the point of maximum eclipse in East Africa and then to other parts of the world.

“Different Nigerian cities, depending on the location shall experience different percentage of Sun’s coverage and eclipse duration progressively between 7:13 a.m. and 10:00 a.m.

“An annular solar eclipse occurs when the Moon’s apparent diameter is smaller than the Sun’s, blocking most of the Sun’s light and causing the Sun to look like an annulus (ring).

“However, a solar eclipse occurs when the Moon passes between Earth and the Sun, thereby totally or partly obscuring the image of the Sun for a viewer on Earth,” he said.

Rabiu added that first view in Nigeria would be seen around Lagos at about 7:14:22 a.m. with maximum eclipse occurring at about 7:26 a.m. and terminate at about 9:52 a.m.

He said 66.4 per cent of the Sun shall be obscured in Lagos while the eclipse shall last for 2 hours 38 minutes in the South-West City.

Rabiu said Tangayinka, Tanzania, would witness the highest obscurity of about 97 per cent for 3 minutes four seconds, saying the eclipse would be observed in other countries such as Gabon, Madagascar and Mozambique.

He said the eclipse would occur between 6.13 a.m and 12 noon local time.

Rabiu advised members of the public in the cities mentioned not to view the annular eclipse with naked eye.

“The luminosity of the Sun does not permit naked eye viewing, so the Sun should always be viewed using proper solar viewing protection glasses at all stages of an eclipse,” he said.

The Direcor said the next annular eclipse would be on Feb. 26, 2017, and shall be visible in Chile, Argentina (South America), Atlantic, Africa, and Antarctica.

“It shall have eclipse duration of 44 seconds and magnitude of 0.992 which implies that maximum of 99.2 of the Sun shall be covered during the event,” he said.