Spotting The Tell-Tale Signs of Dementia 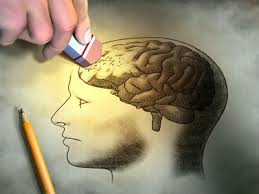 How to spot early tell-tale signs of Dementia. The first symptoms of dementia could begin as many as 12 years before patients are diagnosed, research shows. Forgetting to turn off the lights, mislaying objects around the home or coming back from the shops without something you meant to buy could all be early warning signs. Researchers in America found that 80 per cent of patients who went on to develop the illness noticed their memory was slipping years earlier. On average they first became aware of these slips nine years before being diagnosed, but in some cases it was 12 years. Although experts urge patients not to worry if they occasionally mislay the keys, they should speak to their doctor if they are often forgetful. There is currently no cure, but researchers are increasingly hopeful of finding new treatments that can be given to patients very early on or before the disease takes hold. Scientists at the University of Kentucky studied 531 pensioners with an average of 73 who did not have dementia. They were all asked whether they had noticed their memory slipping, such as forgetting items on the shopping list, mislaying personal belongings or neglecting to turn off the lights. Over the next ten to 12 years the patients were asked the same questions and they also underwent tests and scans to diagnose dementia. The study, published in the journal Neurology, found that one in six patients went on to develop dementia, of whom 80 per cent had noticed lapses in their memory several years earlier.

Dr. Tichard Kryscio, who led the research, said that what was notable about the study was the time it took for the transition from when people first realised they were having problems with their memory to when they were actually diagnosed with dementia. That suggests that there may be a significant window of opportunity for intervention before a diagnosable problem shows up. “Certainly, someone with memory issues should report it to their doctor so they can be followed. Our study adds strong evidence to the idea that memory complaints are common among older adults and are sometimes indicators of future memory and thinking problems. Doctors should not minimise these complaints and should take them seriously.

However, memory complaints are not a cause for immediate alarm since impairment could be many years away. ‘Unfortunately, however, we do not yet have preventive therapies for Alzheimer’s disease or other illnesses that cause memory problems’. ‘Many people will experience a decline in memory as they age, and this single study adds to evidence showing that some people who experience mild memory loss in older age go on to develop dementia. Although we all forget things from time to time, memory loss in dementia is more severe than occasional bouts of forgetfulness.