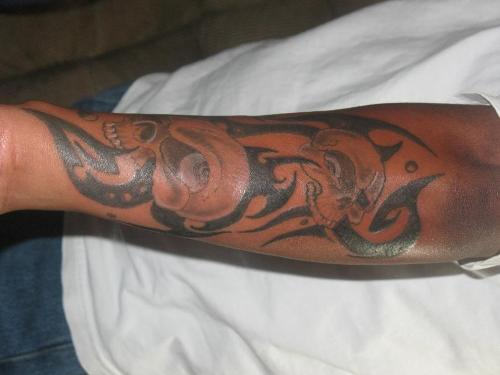 Youths have been advised to shun the temptation of having tattoos on their bodies as it will disqualify them from recruitment into any of the security agencies in the country.

The advice was given by commander of Operation Safe Haven, a special security outfit operating in Plateau and parts of Bauchi State.

The commander, Maj.-Gen. Rogers Nicholas, who was addressing hundreds of youths at a programme with the theme ‘Consultative Dialogue Conference on Youths, Security and Governance: Charting The Way Forward in Plateau State’, said “I am advising our young people to stop going for tattoos on their bodies. The security agencies are now screening out applicants for recruitment on the basis of tattoo”.

The programme was organised by the Ambassador Chris Iyama-led Centre for Youth Participation and Advocacy (CYPA), in Jos.

Maj.-Gen. Nicholas further stressed that “When you come for recruitment, they will search your bodies thoroughly for tattoos”.

He also added that tattooing is a signpost of indiscipline that would deny youths of employment opportunities.

Ambassador Chris Iyama, the youth heading CYPA as the country director, said the youth-based civil society organization put up the discussion which attracted policy makers, heads of security agencies and the youths, to chart the way forward on issues that affect the large youth population in the state.