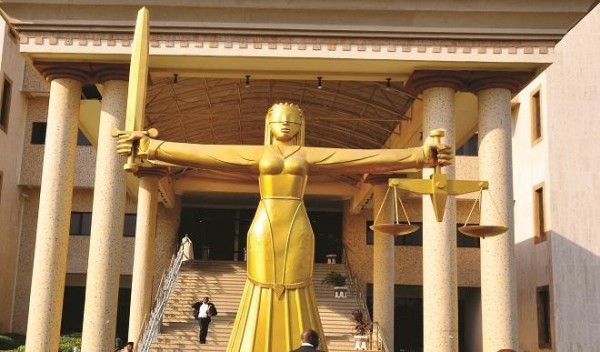 The Supreme Court has fixed December 9, 2016 for its verdict in an appeal challenging the nomination of Governor Aminu Waziri Tambuwal as the All Progressives Congress (APC) candidate in the 2015 governorship election in Sokoto State.

The court will among others, determine whether Tambuwal was nominated in compliance with provisions of the Electoral Act 2010 and the APC 2014 guidelines for the nomination of candidates for elective offices.

Specifically, the court will lay to rest the issue of swapping of delegates list at the primary election of the APC said to have been conducted on December 4, 2014 at Giginya Stadium in Sokoto.

Justice Bode Rhodes Vivour, who presided over a session of the apex court in the matter, fixed the date after submissions were made by various parties in the appeal.

Two appellants Alhaji Umaru Dahiru and Barrister Aliyu Abubakar Sanyinna, who were governorship aspirants on the APC platform in the 2015 general election, filed the appeal.

In their brief of arguments filed by Professor Awa Kalu, SAN, the two appellants pleaded with the apex court to reverse the decision of the Court of Appeal, which held that their suit had become academic exercise by virtue of the election of Tambuwal in the April 11, 2015 governorship poll.