Suspect steals from policewoman during interrogation 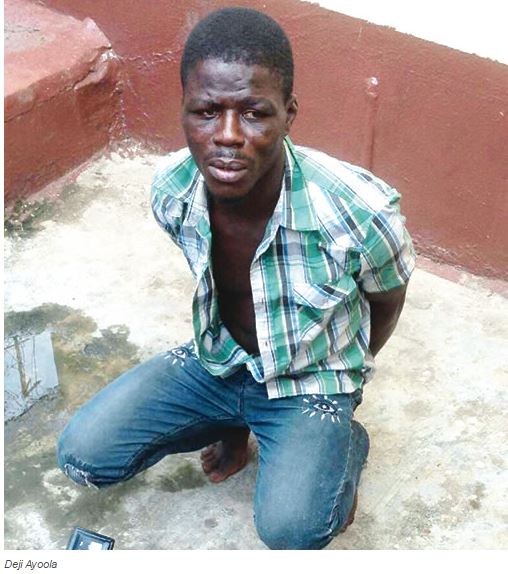 A 28-year-old man, Deji Ayoola, who was arrested by the police in Lagos State for theft, has allegedly stolen money from the policewoman interrogating him.

PUNCH Metro learnt that Ayoola was being interrogated at the Rapid Response Squad office in Alausa, Ikeja, on Saturday, when he allegedly stole N1,200, which fell from the policewoman’s pocket.

The suspect had earlier been arrested by the men of the RRS in the Ojodu Berger area for allegedly stealing from a commuter.

Our correspondent gathered that Ayoola allegedly stole a wallet, containing N14,500 from the commuter, identified as Ayodele Akerele, before he was arrested.

It was gathered that after the police took Ayoola to the RRS office for questioning, a sum of N1,200 fell from the policewoman, who had removed her mobile phone from the pocket.

When the money dropped on the floor, Ayoola allegedly picked it, but was exposed some minutes later by another suspect.

Ayoola, said, “It was the devil who pushed me into the act.”