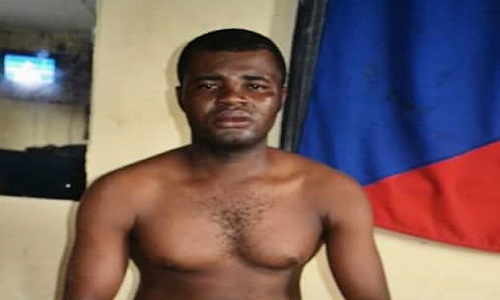 The Nigerian Army has confirmed the arrest of Victory Benjamin (aka Abuja Daddy and G3), said to be a “high ranking militant kingpin” in Cross River State.

The Army said the militant kingpin was arrested by troops from 13 Brigade, 82 Division, Enugu.

In a statement issued by its spokesman, Sani Usman on Saturday, the army said that “Abuja Daddy” was arrested at Saint Joseph Hospital, Ikot Ene junction, Akpabuyo Local Government Area of the state, when he attempted to collect ransom from a relation of one of their kidnap victims.

Cross River has witnessed a spike in violent crimes this year, including kidnapping by suspected militants and cult wars, shattering the serenity and attraction of the state, which prides itself as Nigeria’s number one tourism destination.

The army spokesman said troops also arrested three other militants while they were robbing their victims around refugee camp at Efut Isigi in Bakassi Local Government Area in the state.

According to Usman, a colonel, a locally made pistol and some cartridges were recovered from the suspects.

He said troops have cordoned off the resident of “the most wanted militant kingpin” aka G1, in the state, who is said to be at large.

The two arrested militants – “G2” and “G3” – are currently providing useful information that could assist in the tracking down of other criminals in the region, the army’s statement said.