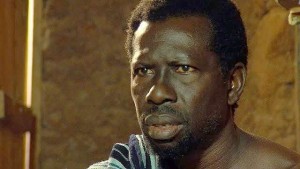 This time, the actor’s condition is so serious that members of his family have moved him from his home in Abeokuta to his elder sister’s residence at Aseese, an Ogun community situated off the Lagos-Ibadan Expressway.

Looking quite emaciated and frail when Punch correspondent paid him a visit on Wednesday, the 63-year-old veteran admitted that his health worsened shortly after returning from India, where he had gone to receive treatment for a heart-related ailment that also affected his eyesight and memory, in 2015.

I spent just nine days in India. I thought that I would receive full treatment. But when I had got there, they told me that it was for evaluation. Then they asked me to come back after two months.

“Later, after I had recovered from the illness, I started thinking about how to get funds for my second journey to India. But I couldn’t find my international passport and that of the nurse that accompanied me on the first trip,” he said.

He said that, along the line, he was invited by fellow Thespian, Tunji Bamishigbin, to take part in the shooting of a new movie in Ijebu-Ode, Ogun State in the same year.

Although Odumosu really did not want to appear in a movie anymore until he had gone back to India for proper treatment, he said he was tempted into accepting another invitation to participate in a movie shoot in the Ikorodu area of Lagos about three months ago.

Asked if he was supposed to feature in a movie, while recuperating from the ailment, he replied, “Not really. But, you know that when it comes to something you know, you will want to do it. In fact, the coordinator of the last movie shoot I attended didn’t want me to get involved at all.”

Odumosu also admitted that his vision has gone bad again. “I see double and images are always blurred,” he said, adding that his eyes were not this bad two years ago.

The actor wishes that he could obtain a new passport and return to India to be properly treated.

His nephew, Oluwaseyi Olorode, told our correspondent that the family decided to bring him to Aseese after he was abandoned in his Abeokuta home by a lady who was hired to care for him.

“When we brought him here, he could barely stand on his feet or go to the bathroom without being guided,” Olorode said.