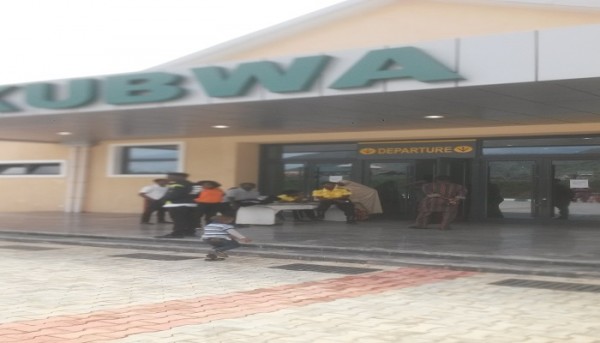 By now, you must have heard about the Abuja-Kaduna Standard Gauge Rail line that is now the toast of most travelers along that route & “tourists” alike. There are those who have one business or the other to do in Kaduna or Abuja, who now have a choice between a safer, more reliable & comfortable mode of transportation, which is the new rail service and a less safe, unpredictable & sometimes comfortable means of transportation, which is the road. These are the travelers.

The “tourists”, on the other hand, have nothing really to do in either cities; they are curious, experimental & just want to experience the “feeling” of excitement that this new rail service offers.

However, what nobody told these category of Nigerians & foreigners alike is that “nothing good comes easy”.

I will explain why in the next few sentences.

Imagine that you traveled from Zaria to Abuja by road for a meeting with high hopes that on your return trip, 24 hours later, you would join the “transforma-change” (since supporters of both the previous and present administration have refused to see the realization of the Abuja-Kaduna rail project as a victory for Nigeria & it’s people, rather than a glorification of just two personalities) that is the Abuja-Kaduna rail service. Though you slept very late, as early as 6a.m, you were set and ready to hit the road to take the first train.

However, as you approach the station, which by the way is a lovely sight to behold, your heart beat racing faster, excitement high & spilling over with unbelief that yes, “today na today, I go enter train”, you suddenly notice the looks on some passengers’ faces that tells you something is amiss. Although the facial expressions don’t tell the entire story, you still believe that your hopes of riding the train are on course.

You waltz your way through the crowd all the while soaking in the beauty & serenity of the environment till you get to the entrance of the gigantic building that is clearly marked “Departure” & then it hits you; trouble in paradise.

A fine looking, courteous & confident man with a reflective jacket on his dress and identification card clipped to its front, was explaining some things to a group of passengers that had gathered in front of the departure hall. You move closer to hear clearly what he is saying but almost immediately, it’s ended and he’s directing some members of the group to read a typed written notice pasted on the glass door that leads into the hall.

The notice clearly indicates that as from the 29th August, anyone wanting to ride the train must provide a valid means of identification – drivers license, international passport, national I.d card or permanent voter’s card before they can be allowed to buy their ticket to board the train.

The information jolts you just a little bit because you’ve none of the aforementioned means of identification yet to remain on course. Just as the fine looking gentleman is about making his way back into the hall, you see “Bomb Squad” scribbled behind his reflective jacket and you quickly call out “oga!” He turns around, a closer look at his I.d card confirms he’s a police officer from the Edo State Police Command.

“Good morning sir”, you greet and he responds. “Where can I get a ticket?” you ask almost immediately & the answer that finally dashed your hopes comes out of his mouth: “the first train is fully booked. No more tickets but you can come back for the afternoon train”. He was saying something about the time for the afternoon train but you’re no longer paying attention as something else has caught your eyes.

You peep through the transparent giant glass doors & you can see a large number of people comfortably seated inside the departure hall. “The lucky ones”, who have gotten their tickets and are only waiting for the early morning train to arrive so they can “gerrarahere”.

Anyways, that was my experience this last Saturday at the Kubwa Train sub-station.

My cousin had informed me to “wake up very early” so that I would catch the first train. How early, was what I did not know. But I suspect being early at the train station means getting there probably around 5a.m.

What interested me, however, was the enthusiasm and interest shown by Nigerians from all walks of life to take the train. It also gave me some cause for concern.

Not all Nigerians, law-abiding and with legitimate businesses, have a driver’s license, voter’s card or national I.d card. Denying them, or rather us, the chance of riding the train because we don’t have any of these aforementioned means of identification, is a disservice to the purpose of introducing the train along this route.

I later discovered, based on my discussion with the police officer with the “bomb squad” vest that just about any means of proper identification was all that was required.

If I may also ask, what is the wisdom, minus security reason, behind having the train depart first thing in the morning from Abuja to Kaduna instead of vice versa? The idea behind this rail service, I believe, aside providing an alternative, cheaper & safer mode of transportation, is to open up economic activities between the two cities.

Look at it this way, imagine living in Kaduna, which offers a more affordable lifestyle with a train readily available as early as 7a.m to transport you to Abuja where you work. This would open a limitless world of opportunities in the “Crocodile city” & in the process, decongest the nation’s capital, which is fast becoming a less attractive place to live what with the noise, air & environmental pollution, traffic congestion, high cost of living and rent among others.

Also, while the Abuja-Kaduna rail service is still relatively new and challenges such as high passenger volumes are not unexpected, the federal government will do good to start making plans to expand the number of rail tracks or increase the number of trains/coaches to accommodate the increasing number of travelers as well as provide alternative means of purchasing tickets e.g online booking.

The opportunities presented by an effective and reliable rail transport system cannot be over-emphasized reason the FG must seize the momentum and capitalize on the interest so far shown by Nigerians, to develop and deliver on modern and world class rail services that will pass the test of time.