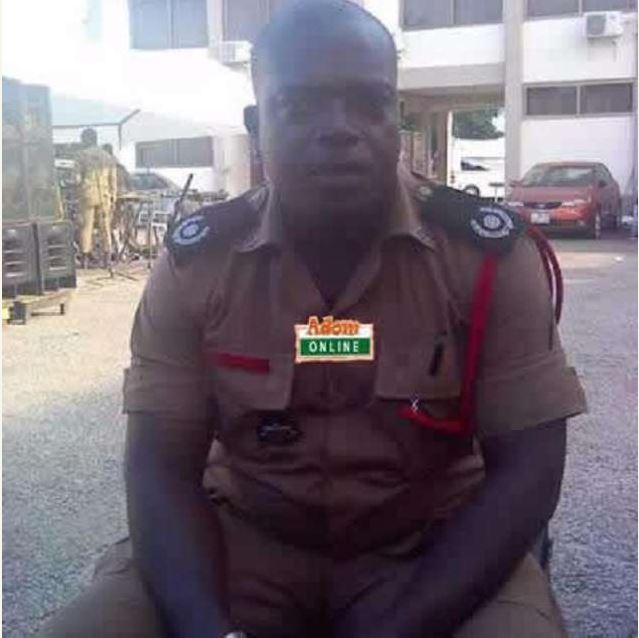 A Fire Officer with the Techiman Municipality in Ghana, Eric Ansah Andoh, will live to regret the devil that pushed him into attempting to rape Ataa Takyi, a female Youth Enterprise Agency (YEA) personnel attached to the Techiman Fire Station, as she managed to bite off his joystick in order to escape from the attack.

Adom Online reports that Takyi had to resort to using her teeth on Andoh who is the Techiman Municipal Fire Service Commander after he allegedly attempted to forcefully have carnal knowledge of her.

Speaking on Adom FM’s Morning Show, ‘Dwaso Nsem’, Takyi said she was forced to take the action when she could not persuade Andoh from attempting to rape her.

“He struggled with me and warned me that he’s the fire commander and he always gets what he wants.
So I agreed and he stripped Unclad. I played romance with him for about 3 minutes and then bit the joystick.

He told me he is the fire officer and gets whatever he wants during the struggle. In fact, I became weak and hence told him I had agreed. I then bit the middle of his joystick hard and he shouted in pain, with blood oozing.

One time, he invited me to his office and demanded that I unbutton my shirt so he can suck my breasts,” Takyi narrated on the program.

Andoh was rushed to the Mount Olive Hospital by fire officers who were called unto the scene after the act while she went to the police station to report the case.