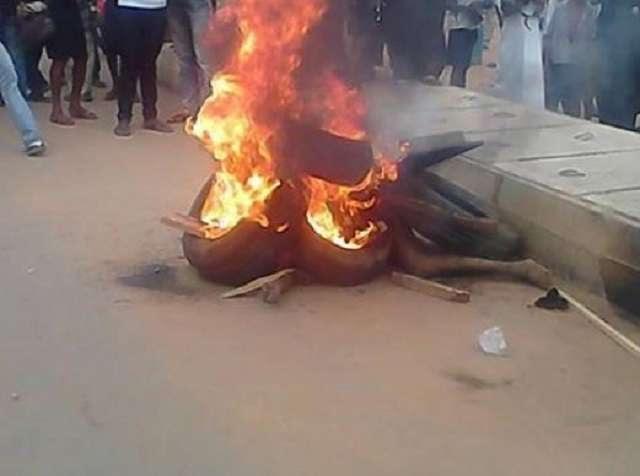 Three suspected kidnappers met their untimely end at the hands of angry youths on Wednesday in Ezelu Okwe in the Onuimo Local Government Area, LGA, of Imo State when they were roasted alive for allegedly kidnapping a newborn baby boy.

According to an eyewitness account, the suspects met their Waterloo when they whisked away the baby from the mother and were caught by youths in the area.

He said, “They kidnapped the baby boy and took to their heels immediately. The traumatised mother raised the alarm immediately, which caught the attention of some youths around. The youths quickly intervened, caught the three of them and burnt them alive.”

“The youths were angered by the fact that a baby girl was stolen in the community two weeks ago. They wanted the killing of the kidnappers to serve as a deterrent to others,” he added.

Meanwhile, the Police Public Relations Officer, in the state, DSP, Andrew Enwerem, when contacted said he was awaiting full details from the Divisional Police Officer in the LGA.