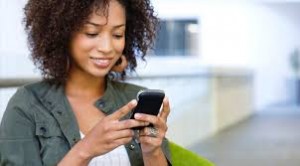 Text messaging is one of the most preferred modes of communication between people today. If the two of you usually communicate through texts, write your texts in a manner that will make you seem mysterious. Not only you can create mystery with your texts, but you can also use these to bring your man to a passionate frenzy. Here’s how.

1. Always keep him waiting for the next text.
You’re a busy woman with so much to do. As hard as it may be, take at least 30 minutes before you send him the next texts. If possible make the interval longer. This will leave him wondering what you’re doing that makes you take so long before replying to his messages. His curiosity and will keep him interested.

2. Don’t be too open about your feelings.

This doesn’t mean that you should lie to him about your feelings. Be open, but don’t talk about your feelings every time you text him. Don’t make it seem so obvious that you’re into him. As much as you like him, minimize the number of times you tell him how much you enjoy spending time with him. If you do, he won’t be sure if the feelings still stand today.

3. Don’t reveal too much detail about how you spend your free time.

Don’t tell him about your day if he hasn’t asked. If he does, don’t give too much detail. Let him imagine how your day was by giving him limited amounts of information. Leave him guessing about what you might be doing. Giving him too many details maymake him lose interest in you.

4. Ask him more questions than he asks you.

Men tend to ask more questions than women when texting. This is because they always want to know more about the person before they decide to be involved with them or not. However, if you want to remain mysterious, make sure you ask him more questions than he asks you.

5. Be passionate about the things you love.

6. Include his name in texts.

Make sure to include his name when sending him texts to make him believe you aren’t playing games, like taking more than 30 minutes to reply to his texts. As weird as this may seem, this will really help to create mystery. This is because the texts will make him think he’s on your mind, but he will wonder why you usually take too long to reply his texts.