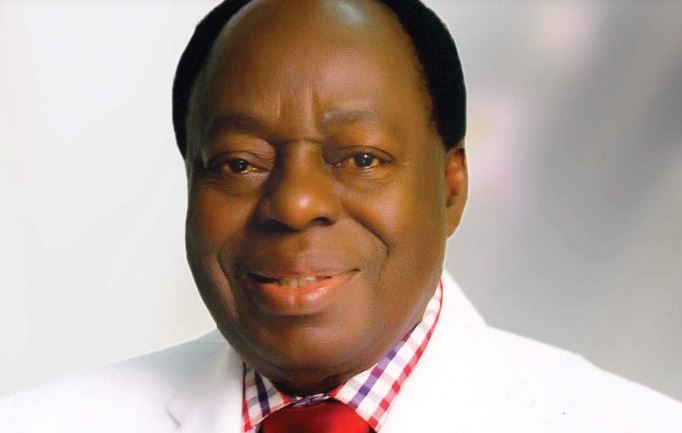 A Senior Advocate of Nigeria, Chief Afe Babalola, and the Ekiti State Governor, Ayodele Fayose, have condemned the Department of State Services for the recent arrests of some judges and raids on their homes.

The duo spoke on Wednesday in Ado Ekiti while laying the foundation of the state new High Court complex.

Babalola said even if the judges were found to have done something offensive, the normal thing was to report them to the National Judicial Council for disciplinary action.

He wondered why the judges were released on bail on personal recognition after the DSS raids, querying the motive behind the move.

The senior advocate stated, “Then why did you then decide to harass their families? The DSS has no right to take over the responsibility of the police.

“If people have evidence against judges, they should report to the NJC. How can you arrest a sitting judge and take him before a magistrate to try him?

“There is nowhere in the world you try a sitting judge. You don’t take a sitting judge to court and even the law stipulates that no court process can be served after 7pm.

“It is when the judges are sacked that you take them to court for prosecution. We are not opposed to the fight against corruption, but that due process must be followed.”

Fayose, who had earlier condemned the invasion, opined that even if the affected judges stole “the whole world,” due process must be followed in bringing them to justice.

“If we do not allow due process, the DSS will soon descend on other arms of government and innocent people. They may soon descend on the media and others because of the feelings that they are not doing their biddings. I won’t approach any judge for assistance or to subvert justice in any way whatsoever,” he said.

The governor said the state decided to build the new court complex because the judiciary deserved respect and due recognition, noting that judiciary officers must also be given a suitable working environment.

He promised that the project would be completed in one year.

“When there is will, there is always a way. We have the vision of a virile judiciary and we will also go ahead to build a magistrate’s court complex after this one. I am also optimistic that the project will be completed on time,” Fayose added.

The state Chief Judge, Justice Ayodeji Daramola, said past governments had always used paucity of fund as an excuse not to build new court complexes while finding it convenient to build new offices for other arms of government.