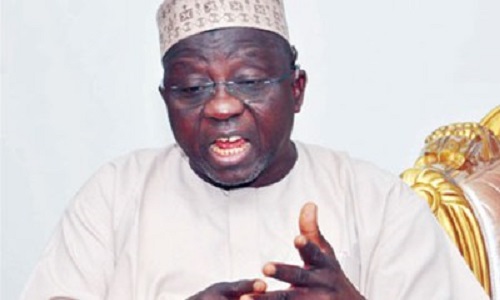 Governor Tanko Al-Makura of Nasarawa State declared on Saturday that he will not seek any elective position when his tenure terminates in 2019, describing rumours of his senatorial ambition as mere speculation.

He made the clarification during a media chat to commemorate the 20th anniversary of the creation of Nasarawa State.

The Nigerian Senate is fast becoming a ‘retirement’ place for former governors with no fewer than 16 former state executives occupying seats in the upper legislative chamber.

Debunking rumours of his senatorial ambition, Al-Makura assured people of the state that “contesting for the senatorial seat is not in my plan as some people are insinuating and already calling me Senator”.

According to him, “These are mere speculations. I want to see myself as a leader and father of the state after my tenure as governor in 2019”.

Al-Makura also said that naturally, “Nasarawa-North senatorial district should produce the next governor of the state in 2019, based on understanding, but I don’t have the powers to choose who will be the next governor. I am too small to choose or decide who will succeed me in 2019, but we are all aware that Nasarawa-West governed the state for eight years and Nasarawa-South as well. We are in a democracy; the people of the state have the right to choose who will govern them”.

The governor also said that despite the security challenges facing the state, Nasarawa has achieved a lot, especially in infrastructural development, calling on people of the state and the entire country to embrace the present administration’s “Change Begins with Me’ campaign.

While commending the founding fathers of Nigeria, Gov. Al-Makura urged citizens to emulate them by living together in peace at all times irrespective of ethnic, religious and political affiliations.

He said as part of efforts to tackle the present economic situation, the state was partnering some multinationals for the exploration of coal.