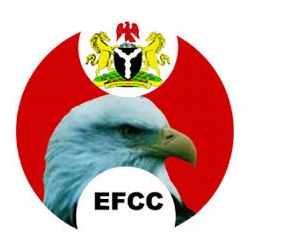 The Economic and Financial Crimes Commission, Ibadan Zonal Office, on Thursday said it recovered over N57m from suspected fraudsters in the South-West between February and September 2016.

The Zonal Head, EFCC, Mr. Akaninyene Ezima, added that apart from the amount, 80 suspects were arrested during the period, while six vehicles were seized. He added that eight of the suspects have been charged to courts.

“For us, the recovered money indicates a steady progression in our activities and commitment to the commission’s mandate. For the record, the Ibadan zone is not limited to official corruption cases. We are at the advanced stages in the investigation of some advanced free fraud cases and other forms of infractions.”

While appealing to members of the public for cooperation, the anti-graft agency said the fight against corruption and financial crimes needed consistent information on the activities of fraudsters.

He said the zonal office of the EFCC had made great contribution to the activities of the commission, especially in the South-West.