Shortly after it suspended a three-month industrial action, the Academic Staff Union of Universities (ASUU), Adekunle Ajasin University, Akungba-Akoko (AAUA), has warned of an imminent strike action over alleged illegal appointment of some principal officers. 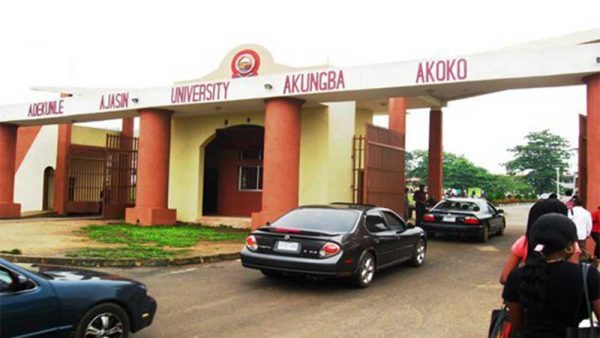 ASUU, in a statement made available to journalists in Akure recently and endorsed by the chairman, Dr. Sola Fayose, accused the Vice Chancellor, Prof. Igbekele Ajibefun of reckless abuse of office, giving him a one-week ultimatum to reverse the action.

Fresh from the recent strike over non payment of outstanding salaries and deductions, the union accused Igbekele of “brazen violation of rules and regulations,” which it said was capable of precipitating another round of instability in the institution, based on appointment of acting deans of faculties, and heads of department, while the last strike action was on.

Fayose disclosed that at the point of suspending the strike, ASUU called the attention of the vice chancellor to the infraction through a resolution of congress, which also demanded that the process be reversed within seven working days, starting from the day the resolution was taken.

However, the union lamented that the vice chancellor disregarded the resolution, by summoning the Senate of the university to forge ahead, notwithstanding the good reasons that are needed to protect the university.

According to Fayose, “Apparently, the revulsion Prof. Ajibefun has for rules and regulations is deep-seated and almost unhealable, as he has also continued to employ academic staff that are over 70 years in total disregard to the 2009 ASUU/FGN Agreement, and Ondo State Government White Paper and official gazette.”

The union urged Nigerians, particularly Ondo State indigenes, to prevail on the vice chancellor to allow good reasons to subsist, as members of the union are ready to resume effective teaching immediately, not minding that three months of their salary and eight months of deductions are still outstanding.

“It should be made abundantly clear that AAUA should not be run based on the whims and caprices of an individual, or an ambitious clique, but on established rules and regulations. The union is committed to performing its function and responsibility of a better AAUA, and will not succumb to any blackmail or pressure in the discharge of this onerous assignment,” he said.