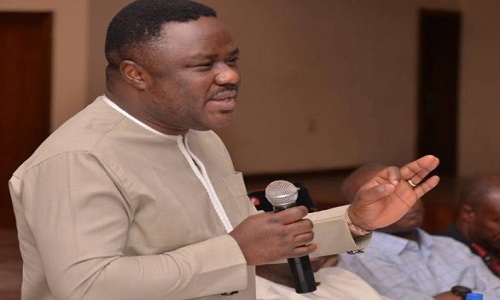 Mr. Ducham Amah, the Project Coordinator, made the disclosure in Calabar on Wednesday in an interview with the News Agency of Nigeria (NAN).

“Each beneficiary gets between N2.4m and N2.5m and as I speak, all of them have received alert of this money as paid into their account.”

Amah said that the money would be released to the farmers in tranches.

The coordinator disclosed that the government had approved N85 million to train another set of 600 people in Songhai farm.

“We forwarded the list of 600 to the World Bank and to His Excellency, and two months ago he approved that list.

“He not only approved the list but also approved N85 million being the budget for the training of this 600 in Songhai farm. They are to commence their training this month.

“Not only that, we have also sent a proposal to him for the empowerment of this 600 and he has approved the sum of N1.5 billion to be spent on their empowerment.”

Amah said that the state would receive up to $26.34 million under the commercial agriculture programme.

He dismissed reports in the social media that the state was unable to access the funds.

“The state is not losing any money to World Bank because the total portfolio of the state is $26.34 million.

“So we don’t have anything to worry about. The beneficiaries are happy and the state is happy.”

Amah added that the state government was making efforts to pay its counterpart fund contribution to allow for engagement of more youths.

“In addition, the governor is making arrangement to ensure the release of the state contribution which is the counterpart fund to the project so that we can take more youths.

“The project was supposed to end in November 2016 but the World Bank had granted another extension so that we can train and empower this set of youths and women.

“Commercial agriculture programme is implemented in five states of the federation, Cross River, Kano, Kaduna, Enugu and Lagos and states.

“Cross River was selected because we have comparative advantage over other states in three value chain which is oil palm, cocoa and rice.

“We started in 2009 and expected to end in November 2014. It was further extended to enable the state utilise all the funds that were meant for the programme.

Share
Facebook
Twitter
WhatsApp
Previous articleMC Galaxy – Bounce It{Rmx.} Ft. Beniton
Next articleTo A Nation Which Forgets, We Must Remember The Aluu 4
- Advertisement - Ad ==> TRUTH FINALLY OUT! Discover how a young Nigerian graduate now makes a consistent 40k per week doing a legitimate online business. You too can start yours now, click here!!!