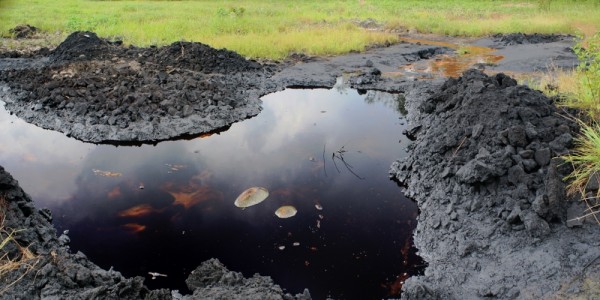 State Government has expressed concern over the menace of oil spills and gas flaring perpetrated by multinational oil companies during exploration, saying that the state encountered over 1,000 oil spills in 2014.

The state Attorney-General and Commissioner for Justice, Kemeasuode Wodu, in a statement, weekend, in Yenagoa, lamented that none of the companies had deemed it worthy to address the situation. Wodu, in the statement, when he led a delegation of Bayelsans to the Minister of State for Petroleum Resources, Dr. Ibe Kachikwu, in Abuja, explained that the visit was, among other things, intended to acquaint the Minister with the various challenges the government and people of the state have been grappling with as a result of the activities of oil companies.

The state, he said, encountered over 1,000 oil spills in 2014 alone, without proper re-mediation of impacted areas, while compensation was also not paid to the affected communities, pointing out that, on July 9, 2015 a facility belonging to the Nigerian AGIP oil company in its Clough Creek, Azuzuama pipeline exploded, killing 14 persons, including a staff of Bayelsa State Ministry of Environment.

He said that the company hurriedly evacuated the corpses of the affected persons to Port Harcourt, Rivers State and the incident had been covered up by the company, as they have refused to cooperate with the state government and the Nigerian Oil Spill Detection Response Agency, to ensure a proper investigation into the incident.

The commissioner recalled, with dismay, the massive spill of crude oil into the ocean from an Agip SMB Sirus offshore loading facility around the Brass area on  November 27, 2010, which equally caused an extensive damage to the ecosystem, pointing out that nothing was done by the company and the regulatory body to remedy the situation.

“AGIP has continued to pollute a canal within its facility in Brass despite several representations by the community and state government,” he stated.

Kachikwu, according to the statement, assured that the Federal Government would soon convene a forum of stakeholders that will include all multi-national oil companies, the governments of oil-producing states and the leaders of oil-bearing communities in the Niger Delta to holistically look into the impact of oil exploration on the area. He promised the Bayelsa State delegation that he will personally undertake a facility tour of the Niger Delta region, along with the chief executives of oil companies, to have a proper assessment of the challenges of oil production and its impact on the entire area.