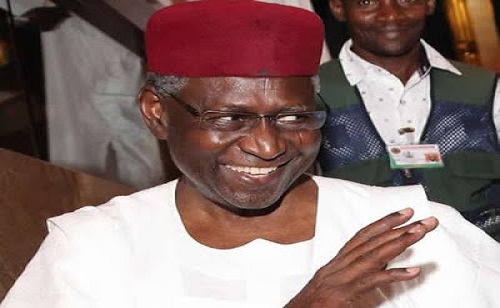 The Chief of Staff to President Muhammadu Buhari, Alhaji Abbah Kyari, on Friday, denied reports in a section of the media that he was suspended.

The chief of staff clarified that he was only on leave and had resumed.

Kyari, who made the clarification as he emerged from the president’s office, told State House correspondents that “Are you going to tweet that I am back?”

According to reports, the chief of staff was suspended on the recommendations of a panel purportedly set up by President Buhari to investigate allegations that Mr. Kyari collected N500million bribe to facilitate a reduction in the fine the Nigerian Communications Commission, NCC, imposed on MTN Nigeria for flouting directives on SIM card registration.

When asked to respond to rumors of his suspension, the chief of staff fired back “I don’t go on leave?”

Pressed further to speak on camera, he retorted, “I don’t talk to the press. You know my job doesn’t hold me talking”.