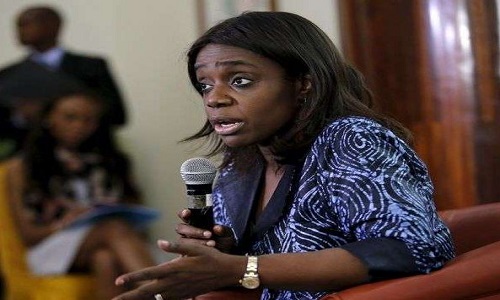 The Minister of Finance, Mrs Kemi Adeosun, has said the real reason why the Federal Government cannot touch the items recovered from treasury looters yet is because they are bug down with litigation.

The minister while speaking on Thursday at the National Assembly during an interactive meeting on the performance of the 2016 Budget with the Senate Committee on Appropriation said, apart from cash, the FG had also recovered landed properties, high valued automobiles and jewelries from high ranking public officials in the country.

Adeosun stated however, that some of the buildings recovered had been converted into office spaces for government agencies that had no permanent offices, while the high valued cars would be used for the conveyance of foreign dignitaries on a visit to the country

The minister further let the Senate Committee in on the obstacles being experienced by the Nigerian government on the recovery of stashed loots in Switzerland and United States.

“The process of recovering looted fund is an ongoing process. Indeed, money comes almost on daily basis into those accounts. We have not recovered much from foreign money. It is a little more difficult,” she noted.