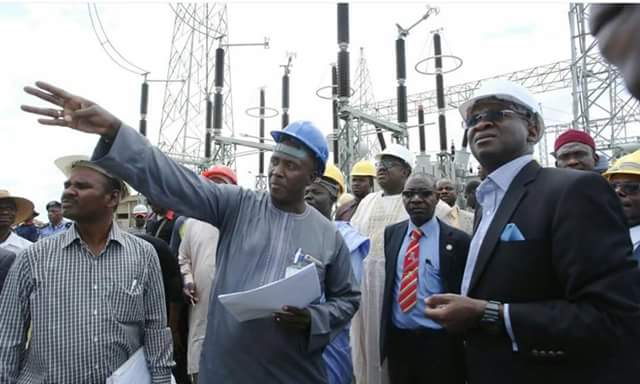 The people of Aniocha community in Delta State have appealed to the Minister of Power, Works and Housing, Mr. Babatunde Fashola, to come to their aid and restore power to the area which has been off for over 10 years.

A member of All Progressives Congress, APC, in Delta State, Mr. Austine Eneduwa-George, who spoke on behalf of the community in Lagos said the minister should please save the community from the prolonged power outage.

“The protest in Ogwashi-Uku was due to the fact that we have not had power supply in Aniocha for over 10 years while other communities in Delta State are enjoying the labour of the minister. In a town, where former Minister of Finance, Dr. Ngozi Okojo- Iweala’s father is the king, the road network is horrible,” he said.

“More so, my people are continually complaining, because they are not seeing the impact of the Peoples Democratic Party, PDP, representative of Aniocha South in Delta State House of Assembly. There is no sign of Aniocha having a representative in the House.”