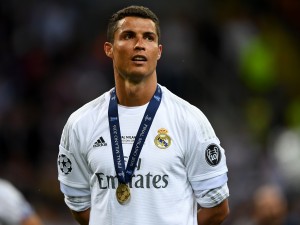 Reports from Spain says, ​Cristiano Ronaldo is set to sign a massive new Real Madrid contract in the coming weeks, which will make him the second best paid footballer in Europe – behind only long-time rival Lionel Messi.

​Sport report that the Portuguese superstar’s agent is currently negotiating a renewal with Real president Florentino Perez, with the new deal expected to keep him tied to the club until 2021 on astronomical wages. 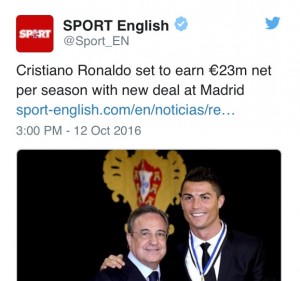 The Spanish outlet describe the contract as the last ‘big’ deal that the 31-year-old will sign in Europe, with the deal expected to keep him in Madrid until past his 36th birthday on a gargantuan €23m per season.

The club are said to be hoping to announce an agreement in the next two to three weeks, keeping the aging star at the top of the club’s earning list.