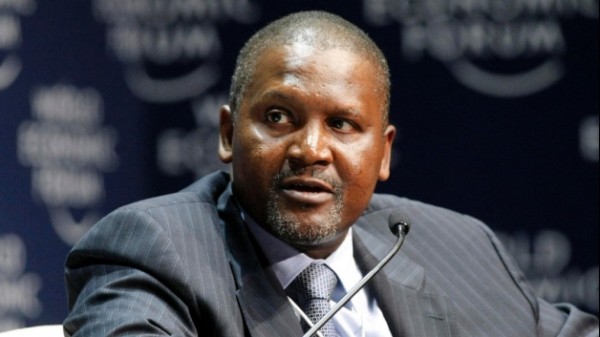 The President/CEO Dangote Group, Aliko Dangote, has faulted the power sector privatization by the Goodluck Jonathan administration and suggested that the process should be reversed.

The billionaire entrepreneur argued that the problems in the power sector have refused to go away despite privatization because the buyers lack understanding of the dynamics of the sector.

The Federal Government had on November 1, 2013 handed over five Generation companies (Gencos) and 11 Distribution companies (Discos) to private investors with 60 per cent stakes in the former PHCN utilities.

According to the Service Level Agreements (SLA) held with the Bureau of Public Enterprises (BPE), the investors assured of metering electricity consumers and significantly reducing the collection and technical losses in the sector within five years.

However, speaking as a guest lecturer at the Senior Executive course 38 at the National Institute of Policy and Strategic Studies (NIPSS), Kuru, in Plateau State yesterday, Dangote said because of lack of understanding of the sector, the generating and distribution companies are now holding the country to ransom.

He said unless the federal government quickly decides on taking back the assets and giving them to people who have the capacity to inject money, the country may not be able to deliver on stable power supply.

Dangote spoke on “Promotion of Local Manufacturing and Poverty Reduction in Nigeria: The Private Sector Experience and Policy Options”.

According to him, “What government did was to privatise but the privatisation was done wrongly. People who wanted to buy all these plants, both the generating and distribution companies, thought that this was another opportunity like mobile phones where we have moved from 500,000 lines in 2000 and in ten years we now have 120million lines.

“Yes it would have been so but these guys, what they did when they bought these power plants was that they borrowed 90% of the money in foreign currency. You cannot go and borrow dollars when your base income is in naira, you will have an issue because your earnings are in naira you are taking a huge exchange risk and that is what happened today.

“These are guys, with respect to them, when I say guys I don’t mean 100% of them but the majority of them went in without even understanding what they are doing and the worst thing for any entrepreneur is to go into a business without understanding it”.

He continued: “If you don’t understand a business no matter how much money they show you that you are going to make, how much profit, don’t go into where somebody has to come and sit you down and start explaining because if he is doing something wrong, you don’t have any way of challenging him.

“If you wake me up in the middle of the night on any of the businesses we are doing today, even the new ones I will be able to explain it to you, I know my entry and I know my exit but unfortunately that is what these guys did and today they are holding the entire nation to ransom, it is very embarrassing for us.

“Today, how can we say that we don’t have 300,000 prepaid meters? things have changed you cannot go and charge a rate and then you have to follow people one by one to be scheming for them to pay but with a prepaid meter, once you buy for N10,000 after the N10,000 you have to remain in darkness so it is not an issue to start chasing people to pay. And it is also estimated that 30% of the overhead costs of businesses in the country go into the provision of alternative source of power. This affects their revenue and profitability.

“We should be as open as we can if government doesn’t intervene by taking back these assets and giving them to people who really have money that they can really inject, we will not be able to deliver on power.

“We should ask, how many people, who and who are these guys that have actually gone into the power sector then you will know when you see the quality of people, are they really serious, because they went in to just make money; power business is not just about money, it is a huge business when you invest heavily you will reap at the end of the day.

“My own advice is that government should sit down with them and negotiate the best way out because we need power, we are desperate for power and if there is no power no growth because if you look at the medium and small industries, most of their income goes into buying diesel or petrol to generate power and that shouldn’t be the case.

“I believe with enough power we will have tremendous growth we are not going to be in negative GDP growth, in fact it will be double digit growth, an inclusive one not the one that only the likes of MTN, DANGOTE and co will be making profit, everybody will feel it and that is the kind of GDP growth we are looking for.

“If we generate power, majority of the States that are rushing to Abuja to collect monthly pay won’t even go because they will be able to generate enough economic activities where you will be able to tax people and you can only tax somebody who is making money.

Mr. Dangote pointed out that apart from the epileptic power supply in the country, other constraints to entrepreneurs include inconsistency in government policies, taxes as well as poor road networks.

“Nigeria has a plethora of raw materials that can provide inputs to various sectors particularly the agro-allied and extractive industries. Any business in which you will not use local materials is dangerous”.