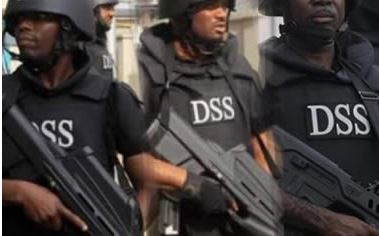 The Governor of Rivers State, Nyesom Wike, has said there is a plot to declare a state of emergency in the state.

Wike said this in the early hours of Saturday after a dispute with operatives of the Department of the State Services and policemen who were trying to arrest a judge in the state.

He, however, told journalists after the incident that he would not allow impunity in the state, arguing that the security operatives were trying to abduct the judge.

He said, “Not under my watch wiĺl I allow this kind of impunity to take place. That is why we are here. I don’t know which judge they were detailed to abduct. I didn’t bother myself to know which judge. All I am interested in is that, at this level, it is not allowed.

“He is not a criminal and he is not an armed robber. If the person has committed an offence, invite him. It is only when he refuses to honour the invitation that you can adopt this commando style.

“The Commissioner of Police is here, the Director of DSS is here. Their operatives cocked their guns and threatened to shoot me. I have never seen that before. Again, this is to tell you what we are facing. We know that more will come. For us in this state, we shall continue to resist it.”

Wike said he was willing to make the necessary sacrifice to ensure that things are done properly.

“It doesn’t matter what it will cost. When you talk about liberty, sacrifices must be made. We are not trying to stop an arrest. All we are saying is that things must be done decently and in line with the rule of law,” he said.

“Rivers State is under siege. For you to see a governor out at this time of the day, something is wrong. A siege is an understatement. If this type of thing happens next time, the people wiĺl resist it to the last.

“They are trying to do something funny in this state, probably to declare a state of emergency.”

The governor added that he was not sure President Muhammad Buhari was aware of the action of the police and the DSS.