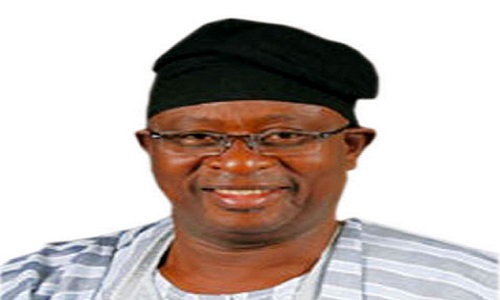 An ex-Minister of State for Education, Olorungun Kenneth Gbagi, on Monday, lauded the arrest of some judges by the Department of State Services, DSS.

Gbagi, a Peoples Democratic Party (PDP) chieftain and junior minister in the Goodluck Jonathan administration, labeled those criticizing the arrest of the judges as “the real enemies of the country”.

Speaking to reporters in Abuja yesterday, the ex-minister faulted the statement issued by his party, PDP, condemning the action of the DSS.

The opposition PDP said the arrest of seven judges was a descent into fascism.

Mr. Gbagi, however, reminded the party that the issues which led to the arrest of the judges were not a party affair.

The DSS, he said, has made the country proud and should be commended by all lovers of the country.

He insisted that “with all respect, I do not believe that the DSS could have done anything better than they did”.

Criminal elements, he said, must not be allowed to take over the country under any guise.

He said, “Some judges have people whose job as lawyers is to get money to bribe judges. We must deal

“I want to thank

the Director General of the DSS. He has come to act in line with the responsibility the constitution bestowed on him. I congratulate him. The law gives him the power to break into any house for the purposes of effecting arrest. It does not matter whether it is Saturday or Sunday.

“Most Nigerians lack the courage and commitment to say how the nation should be run. Criminals have taken over the country and bought over everybody. Everything must be done to chase and pursue the criminals.

“A judge is the richest man in his village; his children are attending the best of schools outside the shores of this country; he has the biggest estate in town. Yet he does not sell nor do any business. What do you call that?”

Gbagi noted that some people were talking as if the arrest of alleged corrupt judges had not happened anywhere in the world.

He specifically made mention of the United States of America, where the Federal Bureau of Investigation (Nigeria’s equivalent of the DSS) arrested nine judges in 2013 for miscarriage of justice.

In India, the PDP chieftain recalled, many judges were also arrested for the same offense while some other judges were arrested in Ghana for corruption charges.

The ex-minister noted that it had been confirmed that the arrested judges were invited by the DSS before the operation “but the judges have lawyers who wanted to go to court to obtain obnoxious injunctions to stop the DSS from carrying out its constitutional obligation”.

He said: “We were told that the judges wanted to delay till Monday to go and get injunctions from the court but the DSS acted faster and swooped on them”.

Mr. Gbagi insisted that the DSS acted in line with the laws of the land warning that “we must not use technicalities to delay the course of justice”.

Asked how he will feel if the same treatment was meted to him when he was minister, Gbagi said that “those who live in glass

house do not throw stone”.

“I have served this country to the best of my ability, a thief is a thief. Those who have skeleton are those who are afraid. We must enthrone probity and accountability in this country. The DSS DG should be encouraged to ensure that he pursued the arrests to the logical conclusion. The DSS should do more work, deploy more professionals to tidy up the system”, he added.