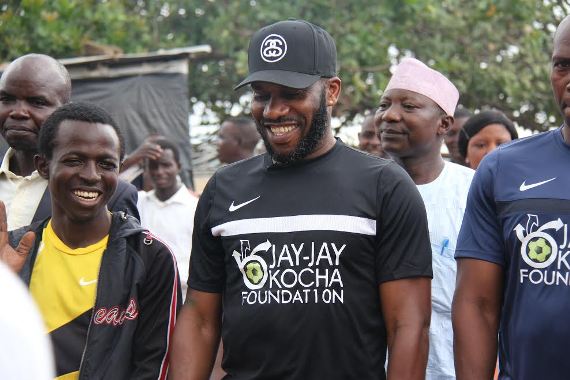 If I were to ever interview Jay-Jay Okocha, one of my top five questions would most likely be “Ever wondered how it would feel like to be invisible for a day?” Well… after Okocha’s disguise as an old man, I have my answer!

No one cared or as much as looked his way as he went about his ‘duty’ as a trash collector. Eventually Jay-Jay Okocha revealed his true identity and jaws dropped everywhere… mine included. Hehe…

So I’m sure everyone has seen his master of disguise video. What you haven’t seen however Okocha is narrating his “ordeal” at the 2016 Copa Coca-Cola finals, where he had gone to motivate the young players and fans.

Trust me to have the exclusive interview for your viewing pleasure! Click here to watch!

Oh… and if you enjoy watching facebook videos as much as I do, click here now to watch the Okocha video that has gathered over 1 million views on Facebook and has everyone talking.