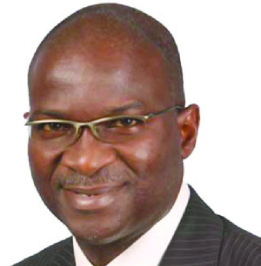 The Kaduna Electric on Tuesday said it would commence the distribution of pre-paid meters to its customers in Sokoto,Kaduna, Kebbi and Zamfara beginning from Oct. 10.

This is contained in a statement by the company’s Head, Corporate Communication, Abdulazeez Abdullahi, made available to the News Agency of Nigeria, NAN, in Kaduna on Tuesday.

He said that the unveiling of the smart metres would be performed in Sokoto on Monday by the Minister of Power, Works and Housing, Mr Babatunde Fashola and Gov. Aminu Tambuwal.

Abdullahi said customers to be provided with the free smart meters had been identified in the four franchise states under the company.

According to him, the company had also commenced the distribution of metres to customers who had earlier paid for the facility under the Credited Advance Payment for Metering Implementation (CAPMI) system.

“We are set to provide meters to customers who have since paid for CAPMI meters and also launch the new prepaid smart meters next Monday.”

The spokesman said that the development was in compliance with the directive of the Nigerian Electricity Regulatory Commission (NERC), which ordered winding down of CAPMI by November 1.

“We assure all customers that have already paid for the CAPMI meters that arrangement have been concluded between Kaduna Electric and the accredited CAPMI meter providers to provide them with the meters they paid for on or before October 31, 2016.

“Our esteemed customers are therefore advised not to make any payment at any Kaduna Electric Office or Cash Centre or any staff for that purpose.

“We sincerely apologize for any inconvenience the delay in installing the meters may have caused those who have paid for them.

“We have also concluded arrangements for the launch of the first batch of our new prepaid smart meters in furtherance of our commitment.”