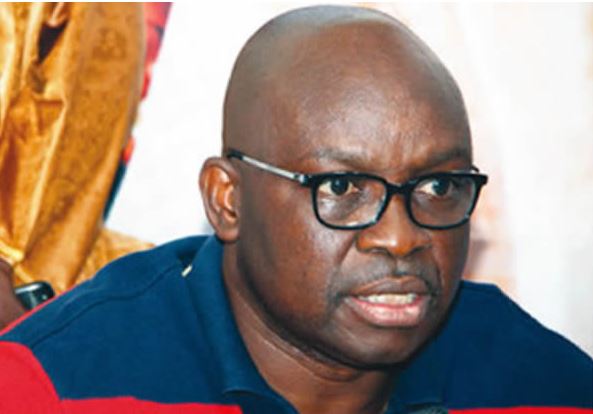 The Ekiti State Governor, Mr. Ayodele Fayose, on Thursday, in Ado-Ekiti, inaugurated the Ekiti Grazing Enforcement Marshals with a warning that cattle found grazing on any field after 6pm in the state would be confiscated by the state government.

He said the marshals were not to carry arms but had being trained and equipped to complement the efforts of the police and other security agencies to tackle recalcitrant armed herdsmen.

Fayose had, on August 29, signed a grazing law entitled ‘Prohibition of Cattle and Other Ruminants Grazing in Ekiti, 2016’.

Under the law, anyone found violating the law, upon conviction, would be sentenced to six months’ imprisonment without an option of fine.

The law also provides that any farm products destroyed by the activities of any caught herdsman shall be estimated by agricultural officer and the expenses of the estimate shall be borne by the culprit.

Fayose, who said there must be a stop to the killings of innocent people and their means of livelihood being taken away, added that 10,000 cattle could not compensate for the lives of human beings lost to conflict between herdsmen and local farmers.

The governor added, “We have a right to life and to survive and holding things for our survival especially peasant farmers, whose means of livelihood is taken away by cattle feeding on their crops. If a man is helpless and is depending on peasant farming and the gains of the farming are taken away in a jiffy, that is condemnable.

“It is only when you have peace that your business can be peaceful. Police can only do a bit if they have information.

“We have taken it upon ourselves to champion this cause of grazing control because no responsible leader will sit back and watch when his people are being killed.