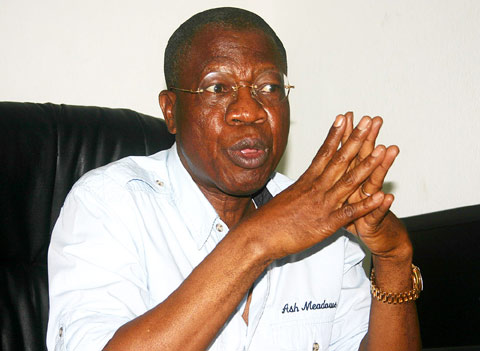 The Minister of Information and Culture, Lai Mohammed, has denied that the federal government swapped some Boko Haram prisoners for the 21 Chibok girls released by the terrorist group early Thursday morning.

Addressing a press conference on the release of the abducted girls, Mr. Mohammed said the girls were released following credible information from trusted negotiators among the leadership of Boko Haram.

He said the president, Muhammadu Buhari, gave directives to officials of the State Security Service after it was certain that the release of the girls was possible, based on the information provided.

“The moment we had a credible lead, we built confidence on our sources and the president gave authorities to the SSS to pursue the release if the girls.

“As soon as the necessary confidence was built on both sides, the parties agreed on the date and the location of the release of the 21 girls. Please note that this is not a swap. It is a release, the
product of painstaking negotiations and trust on both sides.

“As soon as agreements were reached; the parties decided on a place of exchange and the girls were released.

“They were immediately flown to Kaduna state where they are expected shortly; this afternoon to Abuja”, said Mr. Mohammed.

He said government had put in place medical, psychological and trauma experts, as well as social workers to help attend to the health needs of the girls upon their return to Abuja.

Mr. Mohammed said the girls were released by 5:30 am on Thursday

But officials briefed about the deal had told PREMIUM TIMES that the girls were swapped for four Boko Haram insurgents. Names of the militants were not released.

Boko Haram demanded the release of its members held by the government, as condition for freeing the girls.

There, 21 released girls were picked up. The girls were brought into Maiduguri Air Force base at about 8.30a.m.
A source said most of the girls had babies.

They were immediately flown to Abuja at 9a.m.

Many residents of Maiduguri were woken by the sounds of aircraft hovering in the air Thursday morning.