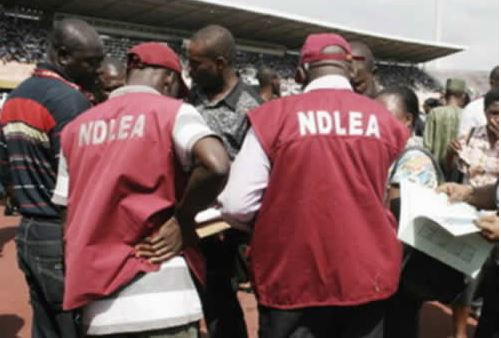 The authorities of the Federal University of Technology, Akure, have said the Vice-Chancellor of the institution, Prof. Adebiyi Daramola, and the Bursar, Mr. Emmanuel Oresegun, were not arrested by the Economic and Financial Crimes Commission.

A statement by the Public Relations Officer of the school, Mr. Adegbenro Adebanjo, on Thursday, said the FUTA officials were invited by the commission.

The VC and the bursar were invited on Wednesday by the anti-graft commission over allegations of abuse of office and misappropriation of funds of the institution.

Both were released after spending some hours with the EFCC.

The statement by Adebanjo read partly, “As part of its statutory responsibilities, the EFCC invited the Vice-Chancellor to provide clarification over issues relating to his stewardship.

“The Vice-Chancellor, as a law-abiding citizen, duly honoured the invitation and is cooperating with the commission to provide the needed clarification and he was allowed to return to Akure (on Wednesday).

“The Vice-Chancellor has maintained that he has no fear or hindrance in rendering the report of his stewardship whenever he is called upon to do so officially or unofficially since he has nothing to hide.”

Meanwhile, workers of the institution, on Thursday, trooped out of their offices to protest against the release of the VC and the bursar by the EFCC.

The protesters, who condemned the immediate release of the two university top officials, called on the EFCC to conduct a thorough investigation into all the allegations levelled against them.

The workers, comprising academic and non-academic staff members of FUTA, moved round the campus of the university with placards, chanting unpleasant songs against both Daramola and Oresegun.

They also called for the immediate resignation of the two principal officers.

Speaking on behalf of the workers, the varsity’s Chairman of the Senior Staff Association of Nigerian Universities, Mr. Dele Durojaiye, explained that the protest was to register their displeasure with the release of the officials.

He said, “The EFCC arrested him (VC) yesterday (Wednesday) and majority of the allegations levelled against him are true and he cannot be under investigation with the EFCC and continue to stay in office, using the university resources; so, he needs to vacate the office pending the completion of the investigation. This is why the workers are protesting.

“He has been running this university like an emperor and like his personal property. You can imagine a situation where a government official is living in government quarters and is still collecting housing allowance.

“This VC has travelled more that the president of this country in the last four years; he doesn’t stay on the campus and at least, he spends a minimum of N10m per month on overseas tours.

“We want to put an end to this and that’s why the unions in the school said the man must go.”